Great job PB. This is the era of Miles that I'm least knowledgeable about.
My collection is heavily weighted on the beginning of this run and dies pretty quickly (Jack Johnson), so thanks for enlightening me. There are a few I may dip my toe in after reading this.
Everything is broken
B. Dylan
Top

pig bodine wrote:It is the densest, most exhausting album I've ever heard with the possible exception of Nailed--a collaboration between Cecil Taylor and the Evan Parker Trio that I can only muster the energy to play about once or twice a year.

Once or twice a year?! I only managed to play it twice ever.

Great posts. I am not a fan of much beyond the "classic" 4 or 5 but you've made me want to revisit.

If people want to explore further these two books are worth a look: 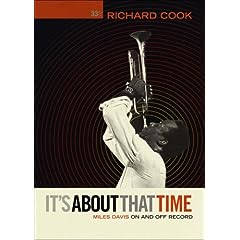 It's About That Time 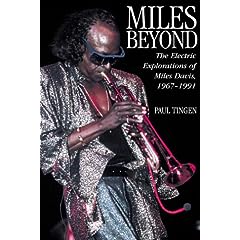 Miles Beyond
My tumblr blog full of art, photography, architecture etc that I like
Top 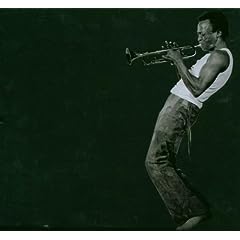 A common qestion about this set is--there are x amount of takes of Willie Nelson etc--do I really need the box set. The answer is yes, yes you do. This is the hardest Miles rocked until the 75 live trio of albums--he all but outdoes Tony Williams Lifetime with Right Off. The heavy rock fan in me is sometimes convinced this is the greatest thing I've ever heard. It's not, but it is great. [.....] His playing here is just sick. A great set.

Just looking over this thread after recently purchasing the 2005 remaster of A Tribute to Jack Johnson and I have to say that's some superb writing pigbodine (apologies for the truncation- the full piece is back a page if other BCBers want to read it). Anyway, on first listening, a few things struck me about this record. Firstly, how damn blistering and vicious the guitar-work is on "Right Off," almost proto-punk at times, while Miles's horn playing isn't just cacaphonous, it's downright fearless. The way the mix seems to bob and chase itself all over the place is just breathless really.

The second aspect is that, at times, "Yesternow" reminds me of the best krautrock (I know, I know completely different context and background and all, but hopefully you get the drift)--it locks into a groove and then moves around it, finding ways to surprise you. Yet it also seems to be really self-referential too, there are 'quotes' from In A Silent Way, for one...and then there's the fact that it ends with such a dramatic full stop by using that (re-recorded) speech from Johnson himself- it's a pretty neat conclusion after the spaciness that led up to it. I think I need to listen to it a bit more before I can really get to grips with it.

Hard to find the right adjectives for it, but 'confrontational' and 'upfront' seem to best describe the whole feel of the record. Just when I felt it had settled into a groove or a pattern, there's a slashing riff or horn part or maybe even a deliberately jagged edit that throws me back. It's intense, that's for sure.

I've seen the boxset in my local Real Greedy on occasion, but it's too expensive for me to be tempted, but if I find it within my price range I would definitely purchase it. Thanks for the heads up PB.
It's before my time but I've been told, he never came back from Karangahape Road.
Top

Bumping this to ask for it to go down to Classic Threads.
@hewsim
-the artist formerly known as comrade moleskin-
-the unforgettable waldo jeffers-
Jug Band Music
my own music
Top

Defiinitely. I found the thread invaluable when I was exploring this challenging phase of Miles output.
Only time will tell if we stand the test of time.... - Sammy Hagar
Top

Must have missed this whole thread first time round. Excellent work, PB.

In a Silent Way was one of the first jazz records I ever took the time to listen to, and it's been a curse because I've never found a record to match it.
Top

So did pig write these up on this thread and he deleted his profile entirely or is there another thread that still exists with all his write ups? I've forgotten, alas.