in reality, all of this has been a total load of old bollocks
Post Reply
26 posts

Flower wrote:Here's a Gnorm gnome for you Norm 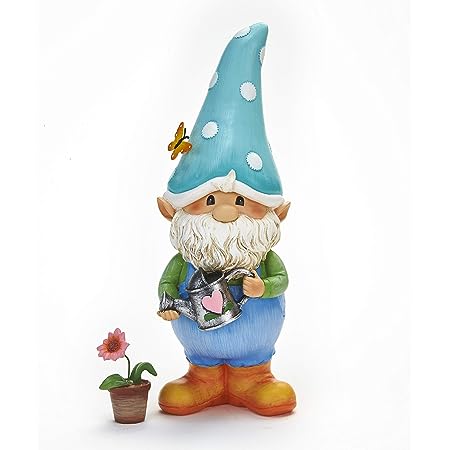 He looks way too gnormal for me.

Samoan wrote:There was either a true tale or an urban myth going around once about a solitary, much loved gnome who went missing overnight from a front garden.

His distraught owner periodically got cheerful postcards purporting to be from him from various parts of the globe - Australia, India, the west coast of the USA, Nepal, Malaysia, South America, Mediterranean Europe, Southern Africa.
Then about one year later, the gnome reappeared overnight in exactly the same garden but with deeply tanned face and hands.
The thinking was it had been the work of a young person on one of those one year travel-round-the-world tickets and the gnome had been carefully stowed meantime at his local UK home until it was deemed time for a reunion.

I remember that story too, but that particular one doesn't get a mention in the Wikipedia article about the practice of 'gnoming'.
I'd also thought it was a one-off thing but I guess it's not surprising that it's a 'thing' and that the French have taken it to another level.
Bugger off.
Top

Lord Rother wrote:So what do you do to supplement your school teacher salary

I pole dance at the local titty bar.

Lord Rother wrote:So what do you do to supplement your school teacher salary

I pole dance at the local titty bar.