"Bitchin'" is a brand-spanking new doc from Showtime on the wild life of legendary funkmaster Rick James, who took the world by storm and set the dance floors alight with the monster hit "Super Freak" in 1981. That bass riff is one of the all-time greats, and MC Hammer owes his career, if not his life, to that hit. Acclaimed director Sacha Jenkins has helmed this production, which is way above your average music doc, taking in the various musical, cultural, and sociological currents of the 1950s up to James' premature death in 2004, at age 56. Behind the flamboyant facade, we discover that Rick James was a very knowledgable and serious punk-funk artist, weaned on bebop, jump blues, R&B, and even crossing over to rock and roll, while hanging out with the likes of Neil Young in his draft-dodging years in Toronto, where he joined the Mynah Birds. Clocking in at 111 min., this is music history at its best. 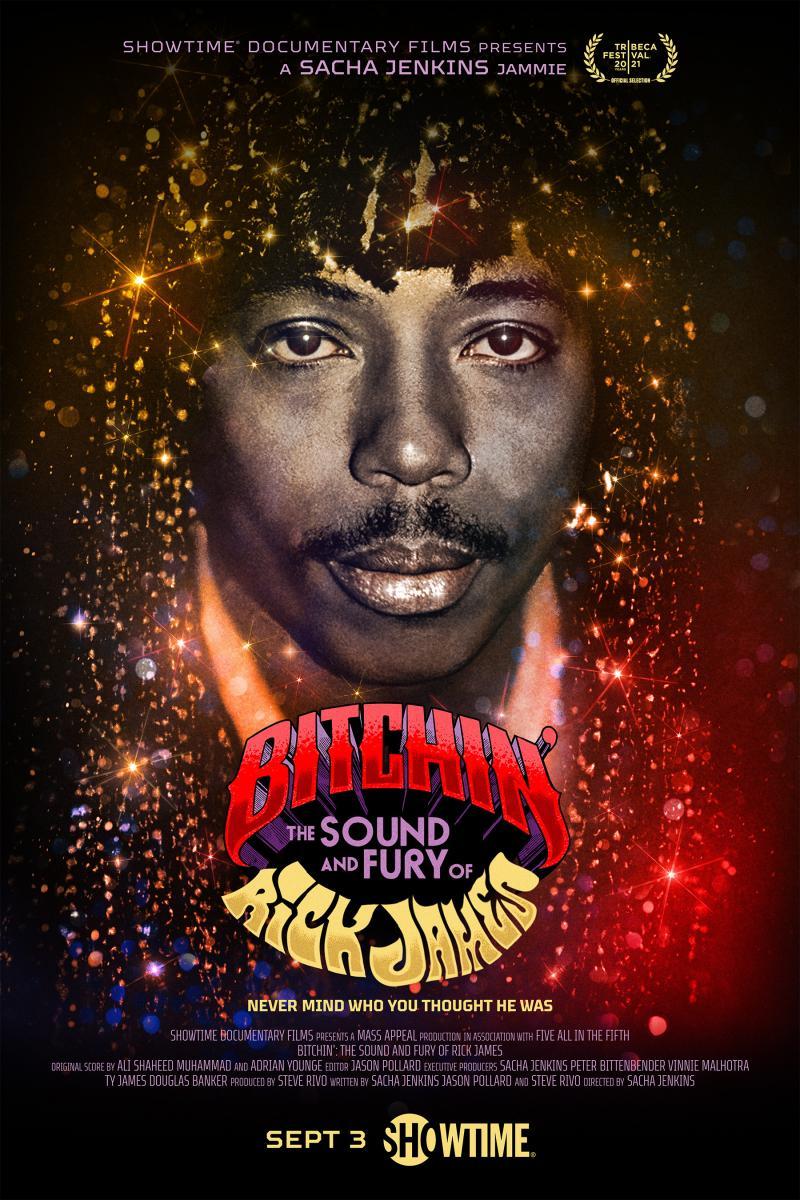