Tony Scott is the younger bother of Ridley Scott. They both came out of advertising, where they had honed their skills. Both went to Hollywood, turned out some pretty good blockbusters, with Tony being the slicker of the two. Tony's all style, but "Man on Fire" looks so damn good with the zippy jump cuts and the high contrast lighting, you forget that "Man on Fire" is just another actioner using the familiar tropes, alcoholic antihero takes on organized crime and city corruption all by himself, in a series of sadistic and extremely violent scenes. Best bits are in the first half, where nine-year-old Dakota Fanning bonds with Denzel in understated scenes that are surprisingly moving and believable. Sure it's all empty fodder, but in the end you have been thoroughly entertained, and sometimes that ought to be enough. 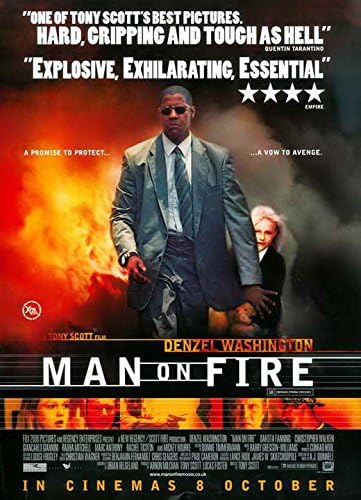