U2 doing Bad was the absolute Band Aid highlight for me.
Top

Lord Rother wrote:U2 doing Bad was the absolute Band Aid highlight for me.

Ha! I mean Live Aid of course. My Bad.

First saw U2 in Nov 81 just after October came out although I hadn't heard it. girlfriends brother hook us into going after he saw the night before.
First song was Gloria and I was hooked. The early days of u2 were a raw band experience yet they had this vibe you just knew more was coming.

Started thinking the raw u2 of the Boy album was the best work but War took that away immediately as I still love the whole album. Lots of Pop hooks and great powerful lyrics. Then they added Eno one of my favorite artists/producers for UF. Eno and Lanois polished up U2 sound and certainly put a kick into the Edge. Most people would think this as a bad things and in some places I would agree but U2 were becoming the top commercial anthem band and I think they pulled it off.

Their LIve Aid performance started their international flair something that vaulted them to a worldly rock band. Bad was the standout.

I loved Joshua Tree so much I drove from central Maine to Worchester, MA in 87 to see them.
the start to their 87 tour with Where the Streets Have No Name was a joy. In God's Country-Trip Through Your Wires-One Tree Hill was a mix I would hike to.


Rattle and Hum had it's moments Desire, Angel of Harlem, All I Want Is You.
Awful movie except for a few cool Mississippi delta shots.

I loved that u2 took time to put out an album just when you thought they were a thing of the past they throw you Achtung Baby.
This album and the Zooropa tours were crazy shows, saw one at Yankee stadium with Bono calling Bush, spinning cars and giant TV's
At this point Bono was now a poser and he ate it up. I'll admit for the next 20 years I would see him live and laugh at points but it was all entertaining.

Pop was a disaster and so was the tour although still a great show.

All That You Can't Leave Behind proved they could go back to the old rock band days but at this stage they were a hit or miss band. This album had a bunch of hits. The rest of their albums were lots of misses. That didn't stop them from continuing a great wild and modern media live show.

Sometime in the 00's we got to talk quickly to Bono at a 2am restaurant.

I've seen u2 16 times and have spent tons of money on them and at the same time have also sold tickets for boat loads (had 2nd row tickets and sold a pair for $800. Then got nose bleed tickets and ended up 4th row on the side of the stage)

Sadly never had a camera in the early days 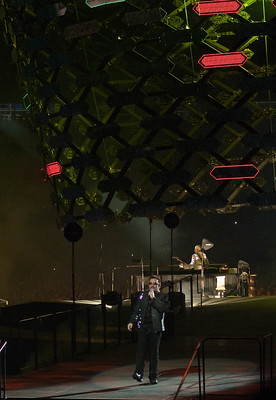 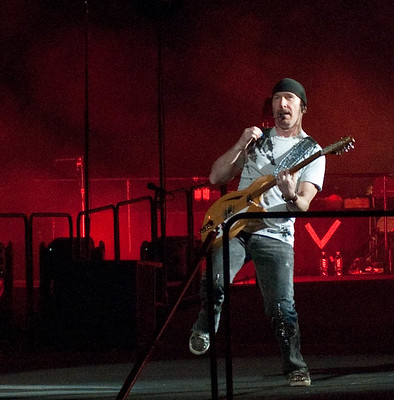 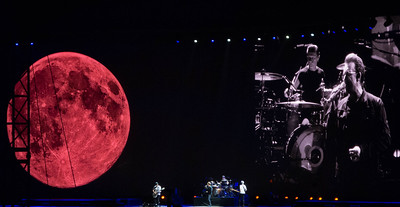 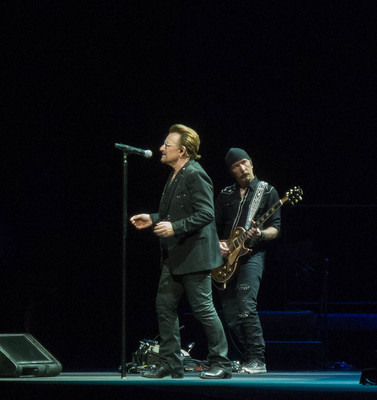 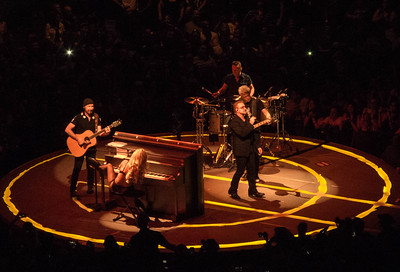 Hightea wrote:
you are missing a few of my favorite B sides

The Slider wrote: it is simply all their A sides in the correct single edits and mixes

First heard them via radio adverts for Boy. I loved that guitar sound and bought the album and most everything up to and including Achtung Baby except Blood Red Sky and Rattle And Hum.
Saw them at Bracknell Sports Centre supported by Comsat Angels, and quite a few times after including Milton Keynes Bowl supported by REM iirc.
Achtung Baby left me cold except for One, which I love. I thought they were magnificent at Live Aid, especially Bad. I bought the one with Beautiful Day but aside from that track wasn’t impressed and haven’t heard any albums since.
In the last few weeks I’ve bought a few compilations; 18, Best Of 80-90 double, Best Of 90-00 and Joshua Tree On CD, all 25p or £1 in charity shops. I’ve really enjoyed playing them again.
[indistinct chatter]
Top
Post Reply
26 posts