I like Spectral Mornings but it's a notch below the the wonderful Please Don't Touch. The title is track is the highlight - and one of his career highlights - and Everyday is also excellent once you get past the rather dreary song section (a good vocalist would have helped). I prefer the longer alternate version that appeared on the reissues as a bonus, it just has a more satisfying conclusion than the premature fade out on the album version. I'm also quite fond of The Virgin and the Gypsy but, again, a decent vocalist would have improved it.
Top

I really enjoy Please Don't Touch but I completely fail to see how it tops SM.
It is too bitty - like a bunch of old 45s thrown together.
There is great stuff on it but it doesn't gel the way Spectral Morning's does.
Complete Prince Mp3 set - on a purple usb drive - available in the usual place if anyone wants it 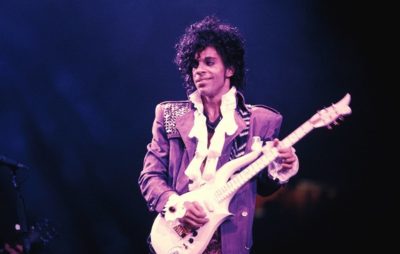 Archive 1967 - 75
Pretty cool four-disc box with two CDs of the complete Lamb Lies Down done live in LA in 1975, portions of a live gig at the Rainbow in '73, some remixes of stand-alone 45s, BBC sessions, and a lot of demos I was unfamiliar with. Worth it for the live Lamb alone.

1973 - 2007 Live
The title is something of a misnomer because there really isn't anything here from 2007, rather, they leave an open slot in the box because they want you to buy the Live Over Europe set, and then stick it inside like so: I buy these little Genesis boxes like the one above because they have 5.1 mixes (not the Archive set though - no surround mixes there). But in this case, only the Live album from '73, and Seconds Out are offered here in 5.1. I had to also pick up the blu ray of Three Sides Live to get the 5.1 mix. That's actually a cool blu ray because you get the entire album, plus lots of tour footage mixed in with the music. In terms of the Live 1973 record, they also added a bunch of live Lamb songs from '75 as bonus tracks, making it even better. And that '73 Rainbow gig which was partly represented on the Archive box? It's here in its entirety in 5.1 - making it the definitive version. Now, The Way We Walk live stuff is only presented in stereo in this collection, so again - if one wants it in surround, you have to additionally purchase The Way We Walk - Live In Concert which is a DVD.

Phew, did you get all that? No? Well, don't worry about it. Three Sides Live
This gives you the album in 5.1. It's only in stereo in the box.

The Way We Walk - Live in Concert
The 1992 Earls Court concert in 5.1. Only available in stereo in the box.

Too many vocalist and too varying in styles

DarknessFish wrote:Rother's picture quiz is cool, but I'm losing the will when you end up trying to guess albums by The Pineapple Thief.

John_K wrote:In my 50s I've become an Apprentice Prog Goon, starting with the big-hitters, and working my way to BBT...

I was actually listening to Genesis last night, the one from 1983.

There are a number of Genesis on piano albums out there, all very good.

This is a new one.