in reality, all of this has been a total load of old bollocks
Post Reply
8574 posts

I haven't looked at the transcript or watched the interview, but the follow up question should have been:

What do you suppose a foreign actor or nation state would want in return for giving you "information on your opponent" and do you see a problem with the president of the United States being personally and secretly beholden in that way?

What would he say to that, I wonder.

If you had received such assistance in the 2016 election, would you admit to it?

I swear, he's on the verge of just saying "Yeah, I did it. So what? You gonna do something about it?"

I bet he’s got thrush
You come at the Queen, you best not miss.

Here's what the TRUMP people do well. His poll numbers are in the toilet. what's all over the news?
https://thehill.com/blogs/blog-briefing ... e-election

why do those people wait in line so long to see him?
https://www.psychologytoday.com/us/blog ... -dangerous
Inka Dinka Doo
Top

Snarfyguy wrote:Holy shit, how much worse is this going to get?!

You had to ask!

Trump Threatens To Deport 'Millions,' As He Kicks Off Campaign For Reelection
NPR link

"This is sheer lunacy. We had the situation with Iran under control, then Trump rips up the deal because he hates Obama. Now he’s in a mess of his own making, he has no plan, no understanding of the region, no voices of reason in the room, & no foresight of how this will play out."

I think the reason he backed out of a war with Iran is that it would look bad during his re-election bid.
This is not the year to think about what we don’t have.
It is the year we should be grateful for what we do have.
Top

..to boring old people who read. people who paint their faces blue and sleep in lawn chairs to hear TRUMP speak will forgive him any fucking thing at this point. As a matter of fact, a lot of them seem pretty amped! 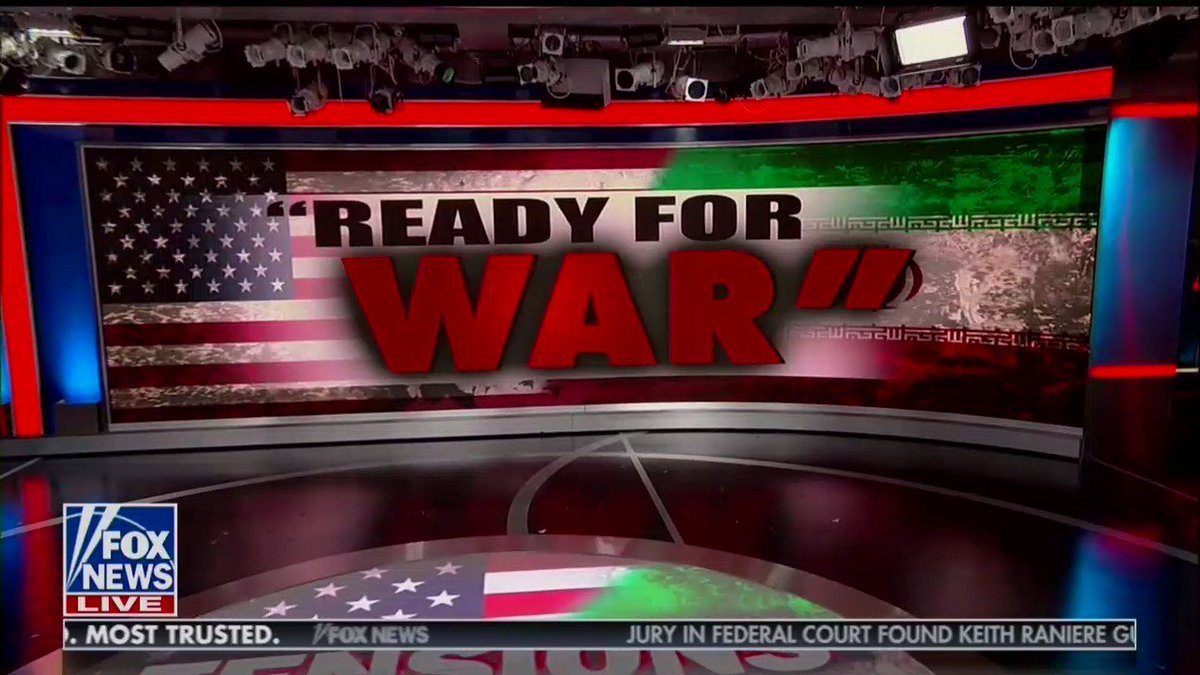 I'm glad he didn't go in but why does the white house provide the info that he was going to but didn't? "The Art of the Deal" my ass. IMO everything that guy does on the international stage emboldens people who don't need emboldening.
Inka Dinka Doo
Top

So is Donald Trump soft on Communism or is he not?

I guess Putin talked him out of it. Vladimir Putin, Unlikely Voice of Reason. At this point, I'll take it.

bobzilla77 wrote:I guess Putin talked him out of it. Vladimir Putin, Unlikely Voice of Reason. At this point, I'll take it.

I won't! That fucking Commie bastard!

bobzilla77 wrote:I guess Putin talked him out of it. Vladimir Putin, Unlikely Voice of Reason. At this point, I'll take it.

I won't! That fucking Commie bastard!

You think Putin is a Communist?

Hugh wrote: You think Putin is a Communist?

Hardcore! Read his curriculum vitae. He's a Commie KGBeast and a neo-Soviet revanchist from way back.

Putin is as much a capitalist as Trump is.

Hugh wrote:Putin is as much a capitalist as Trump is.

Which is not saying much. Moreover in Poutine's own words "Above all, we should acknowledge that the collapse of the Soviet Union was a major geopolitical disaster of the century."

Yet you say he's not a Commie! What then were Leon Trotsky, Georgy Malenkov, Lavrentiy Beria, Nikita Kruschev, Alexei Kosygin, Yuri Andropov and all those other "illuminaries"? Liberal democrats?

In what's possibly Trump's most ignorant gaffe yet, he's misunderstood a question about Western, liberal democracy to be one about Democrats on the West Coast of the U.S.

Putin's got to be loving this.

^seriously, I JUST typed this seven minutes ago and now THIS

Trump, Dumb as Always, Thinks Busing is About Transportation
“It is certainly a primary method of getting people to schools,” the president said

Thing is, like, if he didn't understand the question, I guess I can theoretically understand that, but then why answer as though he does? Wouldn't he think it was a little weird that someone was asking him about taking school buses to school at a press conference at an international summit, as though he were being asked if he preferred polka dots or stripes?

Wouldn't it be better to try and tease out what the actual question was? Like, "Well, can you ask a more specific question?" and hope the interviewer breaks it down a little?

Either he thought he was being asked a question on par with whether he preferred stripes to polka dots, or he thought he could just bluff his way through and no one would notice he didn't understand the question.

Either option is absolutely unacceptable.

I think it’s classic “ Know it All” behavior. The man is an astonishing blowhard. What’s the point of trying to correct a guy like that?
Inka Dinka Doo
Top
Post Reply
8574 posts