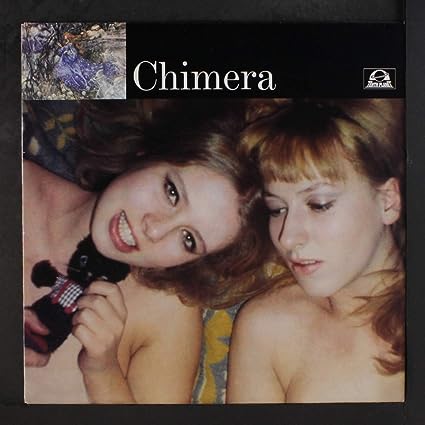 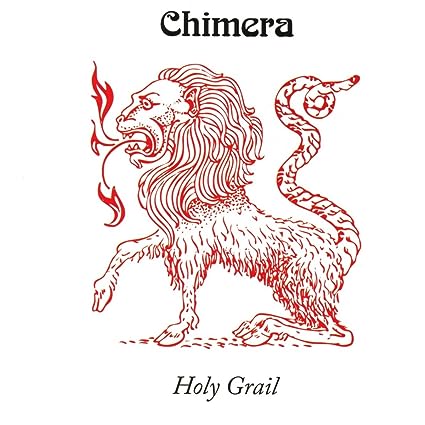 I sort of accidentally stumbled upon this lot recently; listened to a few songs on YouTube and while I wasn't knocked out as such, they were different and intriguing enough to make me spring for the CD.

Then spring again for the earlier CD with different bonus tracks.

And while I'd have to say they're still "growing on me", I can't seem to stop listening. I'll play other things, but then I keep coming back to Chimera.

Lisa Bankoff and Francesca Garnett were two upper class girls in Swinging London - dancing on RSG and TOTP, hanging out with The Pretty Things and Jeff Beck and Ron Wood, interviewing The Beatles and Manfred Mann - as one did. Somewhere along the way Bankoff started writing songs and the two of them started singing them.

After they almost got in at Apple Records - they were told that John, Paul & Ringo liked them but George didn't (which makes me wonder - I always had the impression that any one Beatle could sign whomsoever he cared to) - Pink Floyd drummer Nick Mason decided to try his hand at managing them. An album was recorded at Morgan Studios for their in-house label Morgan Blue Town, with cameos from Mason and Richard Wright, but it was scrapped. A new band was assembled (with Bob Weston, subsequently of Fleetwood Mac, on lead guitar), and a further LP's worth of material was recorded. Ultimately a completed LP master was fashioned from the two sets of sessions, and Hipgnosis designed a cover (since lost, apparently), but Morgan Blue Town had bit the dust. Atlantic Records expressed interest, but then Lisa broke her legs in a car accident (rendering her unable to tour), Atlantic lost interest, and the whole project fell apart.

In 2002 Tenth Planet released the album on vinyl, mastered from what sounds like an old cassette copy (and with the original LP sides reversed); two years later their sublabel Wooden Hill put it out on CD, with one alternate mix, eight acoustic home demos and some good liner notes appended. (The CD was dedicated to Lisa Bankoff, who died in 2003.) At some point the original studio master tapes were unearthed and in 2017 the resurrected Morgan Blue Town label released the lot (21 songs in all, with none of the previous bonus tracks included) on CD under the title Holy Grail - it was a major sonic upgrade and the outtakes were generally as strong as the intakes, though the artwork and liners (and title) could have been better.

I don't know if anyone here besides probably Billy would go for Chimera. I don't quite know what to make of them myself. Their early demos are decidedly folky and sometimes whimsical, though with a bit of a Nico-ish edge to them (both women have rather deep voices, which might be part of it) - but once they're in the studio with a proper band things often go kinda squirrelly heavy rock (but still with those voices over the top). I have no idea what they're singing about much of the time. That doesn't seem to bother me. I find it all strangely bewitching.

(The liner notes don't credit or mention Ian Anderson, but... who knows? He was certainly around Morgan Studios in 1970...)


(One of my favorites - and one of their cheeriest songs, despite the title)

Add me to your list of potential fans - in fact I pretty much love this. Those are some wild arrangements!

I could swear "Song in E" is familiar here, like used in a folk cup or something (not necessarily by me) but I can't seem to find anything in search.

toomanyhatz wrote:
I could swear "Song in E" is familiar here, like used in a folk cup or something (not necessarily by me) but I can't seem to find anything in search.

I'm sure you're right. I remember liking it and wanting to check out more but never did. I will certainly give those clips a listen.
Top

Interesting Chas - they didn't grab me but there is definitely something intriguing there that makes me want to revisit.

Re: the Ian Anderson reference. Hmm.. I'm not so sure - it didn't sound like him to me - rather too wispy style....

C wrote:Re: the Ian Anderson reference. Hmm.. I'm not so sure - it didn't sound like him to me - rather too wispy style....

I think it sounds a lot like his style, but it could easily be someone imitating him. It isn't a hard style to imitate.

Wow, that's crazy atmospheric. I love it.
Where would rock 'n' roll be without feedback?
Top

That's really quite interesting sounding stuff, I'll have to give that a proper listen at some point, never heard of them before. I almost didn't listen because of the Beatles/Floyd/Mac references, but there's something there.
Like fast-moving clouds casting shadows against a hillside, the melody-loop shuddered with a sense of the sublime, the awful unknowable majesty of the world.
Top

Charlie, this is utterly transfixing. I'm delving into this right now!

Thanks also for the note

A lot of explanation Charlie but never heard of them.