Legend has it that Erick Purkhiser picked up Kristy Wallace while she was hitch-hiking in her hometown of Sacramento, California. He considered himself a 'psychedelic guru' at the time. It's debatable whether or not the hitch-hiking story was true because there's a lot of tall-tales surrounding the myth of the Cramps but they did meet in 1972. 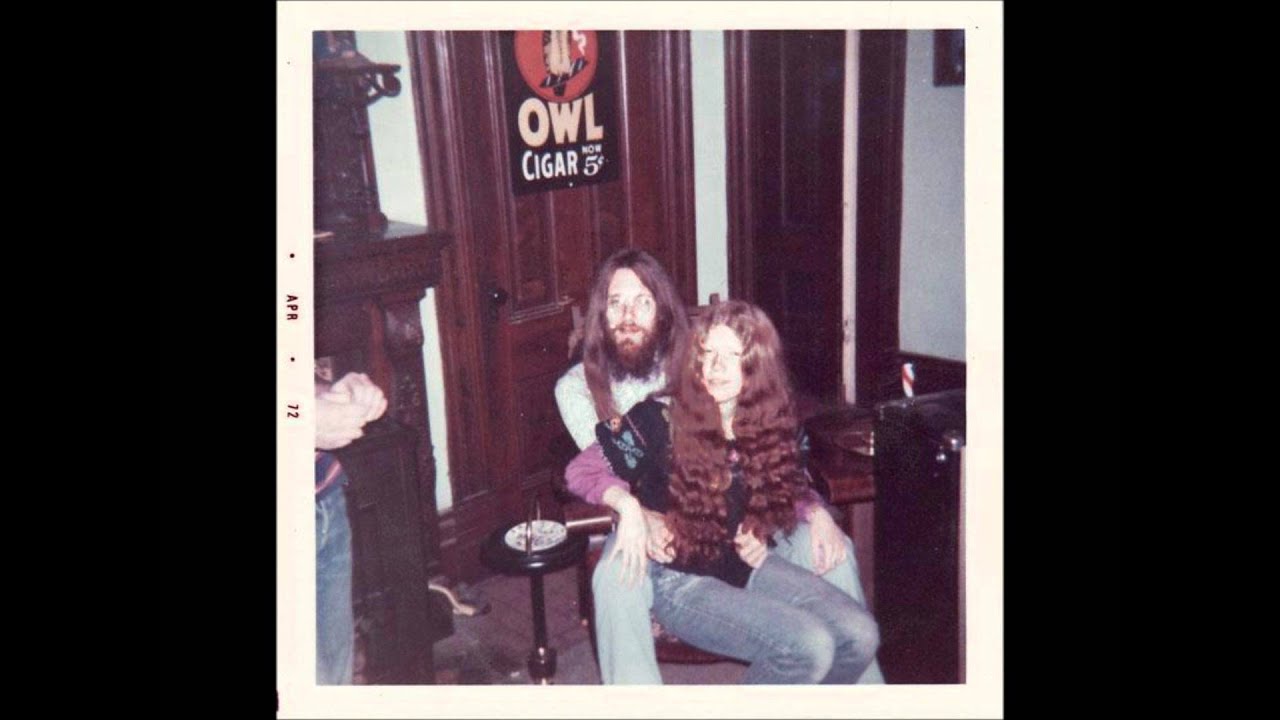 Erick and Kristy never made for convincing hippies and would soon move back to Erick's hometown of Akron, Ohio. By this time they were both obsessed over their mutual interest of obscure garage rock and rockabilly, not to mention grade-z horror films and Russ Meyer. The Cramps tunnel vision of the world was already in place. Like so many others at the time they were inspired by the NY Dolls and decided that Manhattan was the place to be. Of course by that time, 1975, the Dolls were pretty much finished and in their place was a little club in the Bowery called CBGB's. Erick changed his name to Lux Interior and Kristy changed hers to Poison Ivy Rorschach. Lux found Bryan Gregory while working with him in a record store and the three of them decided to form a band. They went through a few drummers before settling on Nick Knox from the Electric Eels.

The first single I got from them was The Way I Walk/ Surfin' Bird which came out on Ork records.

It wasn't too long after that when they headed for Memphis to record their first album, Songs the Lord Taught Us, with Alex Chilton. For me, it still remains the best thing they've ever done.

A recurring theme in the Cramps story was their ianabilty to keep band members and Bryan Gregory left the band after the first album. Some stories have him becoming a junkie and other stories had his joining a Satanic cult. Gregory said his main reason for leaving was his boredom with the same music they played. He wanted to listen to things like Public Image Ltd. which was a big no-no in Lux and Poison's eyes. They then recruited Kid Congo Powers from the Gun Club to take his place and released their second album Psychedelic Jungle.

Kid Congo lasted one studio and one live album before he too got tired of the Cramps lifestyle and headed back to the Gun Club. For a better part of the early to mid 80's, the Cramps were involved with a dispute with their record company which forbade them from recording new material. Just when you were ready to write them off, they came back strong in 1985 with A Date With Elvis. Still, a very underrated album.

After this album the Cramps story pretty much ends with me. They continued to release albums and toured, occasionally coming up with the cool song but like the Ramones, they were basically a one-trick pony with no room to expand and overstayed their welcome. I saw them live in 1994 and they were terrific (and shockingly LOUD!). You still have to admire Lux and Ivy for sticking to their vision and never trying to change with the times. They made their own world and lived happily in it.

They are one of my top ten live bands.

The whole fantasy ... the committed couple ... the whole corny essence of rock'n'roll ... what more is there to say?

I also sort of recall a story from Guy E about getting the 'first ever' signed record from a shy and bashful Lux ...

The Cramps live at the Napa State Mental hospital.

I only saw them once, the original line-up with Bryan Gregory and Miriam Linna at CBGB. It was a wildly entertaining night, they had everything down from the get-go. I don't know why I never went to see them again.

That autograph episode at Bleecker Bob's is a sweet memory. He had probably given other autographs to fans, but Lux had just brought-in a box of the Cramps debut 45 for Bob and I bought the first one in the shop. It was in the early afternoon on a Saturday, the place was empty. There were a couple other shops in NYC that would probably carry the single, but Bob's was THE place to buy hip 45's. Bob made a big deal about Lux signing my record and we were both sheepish about it, Lux smiling and rolling his eyes with his back to Bob. It's hard for me to imagine that he'd ever signed one of his own records before for a fan because on Friday he didn't have a record to sign. And I doubt there was any mail order business at that point. But who knows? Maybe they'd had the 45 for a week and sold them at some shows or something. Having his first signed record is just a silly claim on my part.

I saw Miriam Linna shortly after Lux died and I asked her if he'd seen him in recent years. She said she had, right there at Warsaw where we were both taking a break during a record fair. She said they had a good reunion. And she also told me about finding a letter she'd written home shortly after she'd met Lux and Ivy, telling her mother about the "college educated" couple she was going to form a band with. That was a fun conversation... she talked about the Cleveland scene in '75 and '76. She manually folded half the sleeves for Pere Ubu's Final Solution single.

Musically, The Cramps kept up the QC better than the Ramones managed. I like the later Cramps albums, Flame Job is very good. Their record company woes were unfortunate, but they kept on doing what they do and I doubt their star would have risen much higher.
["Minnie the Stalker"]The first time that we met I knew I was going to make him mine.
Top

["Minnie the Stalker"]The first time that we met I knew I was going to make him mine.
Top

Now THAT'S a claim to fame (as if being The Cramps' drummer wasn't enough).

Pretty much my favorite live act in the early 80s. (The Cramps, that is, never saw Ubu)

I thought Stay Sick was a pretty good latter-day album by them. Funny calling "latter-day" since it was only 10 years after 'Songs the Lord Taught Us.' Ten years seems like no time at all these days.
Where would rock 'n' roll be without feedback?
Top

I saw them on their Fiends of Dope Island tour in 2003 at First Avenue. I had already seen many excellent modern garage rock bands by that point (New Bomb Turks, Dirtbombs, The Makers, etc) but nothing prepared me for what they brought to the table.

Lux came out in a full vinyl bodysuit and looked fantastic. By the end of the show his mic stand was bent at 90 degree angles in two places. He then proceeded to climb the 10 foot sound stack during a fifteen minute encore of Surfin' Bird. It was absolutely crazy.
Top

bump
In timeless moments we live forever
You can't play a tune on an absolute
Negative Capability...when a man is capable of being in uncertainties, Mysteries, doubts, without any irritable reaching after fact & reason”
Top

It was a tradition for them to play San Francisco on Halloween. Usually at a place in the upper Haight called the I-Beam. Saw them three or four times there.

It's about a three or four hour drive from Lux's and Poison Ivy's house in Sacramento.

Which was always weird. Sacramento is the last place you'd associate with Lux Interior and Poison Ivy. i realize Six String lives there which gives it a degree of cool cache, but I doubt they knew that.
Don't fake the funk on a nasty dunk!
Top

Looked for myself in the crowd in the 1981 SF video. But it seems that show was at the On Broadway in November.

I saw them earlier that year, with X at California Hall. That was great! Fun and formative, with the same mic-in-the-throat technique.
Top
Post Reply
11 posts • Page 1 of 1