Beyond the 130 - The Association

Beyond the 130 - The Association

(standing in for G momentarily, so I hope he can join in to give his perspective)

This is going to sound like a backhanded compliment, but what I love most about the Association, is that by rights it seems almost like it shouldn't have happened at all. I mean, look at these guys. These guys were never hip. From the mid-sixties onto the early '70s they were hanging in there, caught in the slipstream of musical tides changing at the hands of artists far freakier than them, trying to make sense of it all. And yes, the four massive singles that bankrolled their career are amazing, but, besides that, to be honest, they just weren't talented enough (that's not even a backhanded compliment, I know!) . Listen to their albums and sometimes you get this impression, well, you know, maybe those hits belong to another band, and there's been a case of mistaken identity.

But that's what I love about them. They, somehow, got the opportunity to follow through, album after album, single after single. Searching for song material, searching for producers, searching for a sound, any sound that could connect with the times. Just when they needed them the most those hits appeared (two at the start of their career, two more a good year later), and so they worked on, in their bubble, and they ended up with a fascinating body of work. It utterly fails as much as it near-hits, and in the end, it's often plain weird, the artistic decisions they made. You don't get that from just any talented artist.

Another thing about this band, is that I love the sleevenotes. This goes way back to the original albums. Their debut album proclaims: 'they can play bluer blues than the Rolling Stones, harder hard-rock than the Raiders, and put more folk into folk music than the Kingston Trio'. Uhm, there is no evidence of any of this on any of their albums. This is harmony soft pop.
But the notes on the series of Cherry Red reissues of their 6 albums are better. Not since the Dave Clark Five Greatest Hits notes have I read such exagerated claims to the greatness of the artist. Reading these, you get the impression that the entire world of music revolved around the Association.

The first Association single was a very limp Dylan cover.

The backing track has some momentum, but these guys have like 11 vocalists, and they all want to get heard. Too much harmonies!
Anyway, the single led to them meeting Dylan once - once! So of course, you know, they inspired Dylan to go electric and near-as backed him at Newport, according to the band interviews (I really can't blame the writer, it's all in the interviews). It's kinda pathetic, but endearing. They really were music fans, who accidentaly stumbled into the wrong door.

Then of course came the first two hits: 'Cherish' and 'Along comes Mary'.

And of course the Curt 'Millenium' Boetcher produced debut album. Actually, besides the two hits, there's not much on there that catches my ear. Sounds like any mediocre '60s pop album. 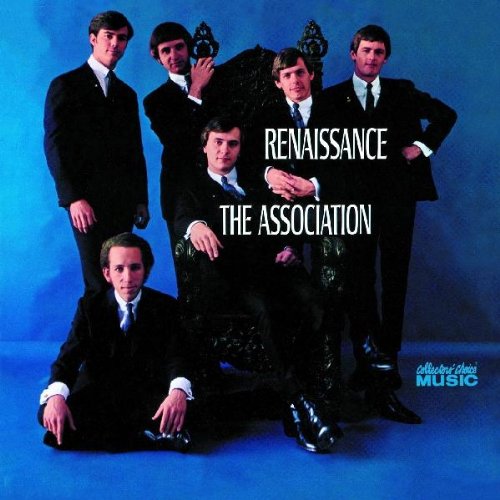 But it was very succesful, so it was a gamble to ditch him for the sequel, the same year's 'Renaissance' - which has something of a Monkees-after-the-coup vibe. Taking things into their own hands. This is a weird little gem of a record. It's bathed in deeply Eastern mystically inspired waffle - great atmosphere. (Did you know one of them went to India, like, a year before the Beatles?! I did not know that.)


Of course there was a single. A long section of the sleeve notes of the reissue are devoted to -even 45 years later- the disbelief and shock that this flopped.

Uhm, guys, it's called 'Pandora's golden heebie jeebies'! No record with a name like that has ever been succesful.
Apart from that, one of my favorites.

And another failed single:

For the next album they entrusted themselves to outside help again, producer Bones Howe, several professional songwriters. This time it turned out great. Two more massive hits (both superior to the earlier duo of hits) and a great album.

Just great, right? (Here's a detail you would never have gotten from G - beautifully covered by Stephen Malkmus during his early 2000s tours)
And 'Windy' too, of course.

There's more on the album:


Second part of their career coming up sometime today or tomorrow...
Top

Wow. You nailed it for sure. To think The Beach Boys didn't play Monterey, but these guys certainly did. Beyond the greatest hits, there's a lot of chaff, but there's something so daffy, so obtuse and simply wrong about these guys, I can't help but stare and stare.

I mean, just listen to this. At maximum volume. In your car, windows down. In a bad neighborhood.

Where's Moddie?
But somehow when you smile, I can brave bad weather.
Top

The first album's great - and not in an ironic way or anything. Sunshine pop at its best. I like "One Too Many Mornings" too, not limp at all. I really should pick up the next two LPs since they're remastered now. If people are at all interested but don't want to spring for any of the individual albums then I can recommend this: 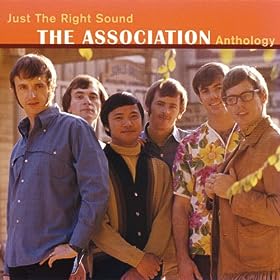 Thanks, Matt. I might just do that!
And, thanks to Spoon ... great work as always!

Here and thoroughly enjoying Peiter's write up -something I wouldn't have had the patience or knowledge to do.

The appeal for me has never been ironic, or the kitsch thing of seeing these moustachioed guys in dinner jackets singing wimpy songs. That stuff's just by the by. No it's just about some beautiful and heartful pop music sang with great sincerity and feeling. That's what I get out of them at their best. Some great selections already, here's a few more faves..

This is my favourite track of theirs. I defy anyone not to be swept away by the triumphant joy with which they sing this. 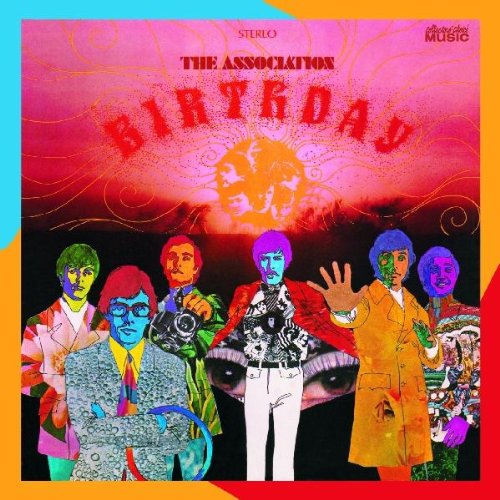 Insight Out's follow-up was overseen by Bones Howe again, but was more of a transitory work. More songs by the songwriters who provided the previous hits, more orchestrations (and thus less bandmembers playing), but on the other hand more songs by the bandmembers too, who wanted to re-gain some control over their sound.

Still a classy record though.

All that, and they came this close to being offered 'MacArthur Park' too, say the band members.

We're in 1969 now, so it was time for a more organic, more rootsy sound. 'Say guys, with just a little tweak our harmonies can sound just like Crosby,Stills and Nash!' 'Hey, that's right!' - the album cover in no way sounds like the brown music within.
For the first time since 'Renaissance' the band conceived the record as a band-project (produced by John Boylan, ex-Appletree theater), and the results are very good indeed.

The first two songs that open the record:

Is that a banjo? On an Association record? Yep.

1972. 6 years on from their 1966 debut, the Association sound like elder statesmen of music, dispensing fatherly advice to a new generation. It's laidback but still very beautiful. Amid covers of 'Darling be home soon' and Carole King's 'Snow queen' there are performances like these:

It ends on this beautiful song:

By their bass player who died sadly that same year.

I suspect the Association went on, but I lost track.
Anyway, having travelled all this way, maybe I should take back what I said about lack of talent. They were pretty weird for such a mainstream band. They seemed lost nearly half the time. But they made some fine music and there's a lot to cherish.

(Jeez, see what I did there? I'll just stop right now.)
Top

The G Experience! wrote:
This is my favourite track of theirs. I defy anyone not to be swept away by the triumphant joy with which they sing this.

Yeah, I gotta watch this particular clip with my eyes closed, but the music's heaven.
Top

Did you ever get Jimmy Hill in Belgium?
https://www.etsy.com/uk/shop/ModaRetro
Top

The French EPs nails them in one disc for lazy sods

The G Experience! wrote:Did you ever get Jimmy Hill in Belgium?

Never heard of him.
Top

bump
In timeless moments we live forever
You can't play a tune on an absolute
Negative Capability...when a man is capable of being in uncertainties, Mysteries, doubts, without any irritable reaching after fact & reason”
Top

Their catalogue is a much deeper well than most realize. This thread is still only scratching the surface.

Has anyone posted this one yet? I think it is a psych masterpiece:

“Remember I have said good things about benevolent despots before.” - Jimbo