by Fireplug
I'm in Madrid tomorrow. Incredibly, after 14 years in Spain I've still never been. So, never mind all that museum bollocks, where are the good record shops?

by Polishgirl
Sod the record shops; this is the place to go: 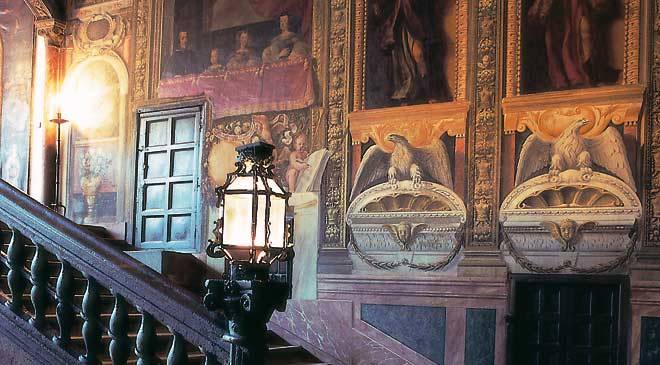 It's full of the most beautiful and/or mental works of religious art and full of atmosphere. You don't see the nuns, as they're a closed order, and you'll get more out of the tour than me and my friend did, as they only do them in Spanish. It's ACE!

The area round the Royal Palace and the Opera House is very elegant. And then, of course, there's all those art galleries.

by yomptepi
Brilliant destination. even though there was a national strike, international women's day and a fire brigade run launched outside my window at seven o'clock on a Sunday morning.It was still amazing. So much great food. Such a wonderful city culture. Loads of choice and all very reasonably priced. We walked a million miles, we drank a thousand drinks and we looked at some pictures by Pablo Picasso. And some very distressing pictures of the Civil War. I loved Madrid. And we only did about 1% of the things there are to do. I will be going again soon. Although not by Ryan air, and not from Stansted.

yomptepi wrote:Brilliant destination. even though there was a national strike, international women's day and a fire brigade run launched outside my window at seven o'clock on a Sunday morning.It was still amazing.

I need to go there soon; I haven't been back for years. Having small kids makes city breaks like that difficult and if we are to go on one in Spain then it's likely to Barcelona as my sister lives there. I think Madrid is one of the great cities for walking. It doesn't have the architecture or the rich and familiar history of a London or Paris but there's just something going on on absolutely every paving stone, every little district really does have its own character and atmosphere.
All times are UTC
Page 1 of 1
Powered by phpBB® Forum Software © phpBB Limited
https://www.phpbb.com/