NOW WATCHING: "Spud", a coming of age boarding school comedy from 2010, and the first South African film I have ever seen, not counting Henning Carlsen's "Dilemma", which takes place there, too. I bought the DVD second hand on the strength of John Cleese, as he never disappoints. Here he plays an alcoholic English teacher with a very crude approach to knocking cultural refinement into the boys' heads. His cursing flows freely and it is enough to make a rugged seaman blush, that's how vulgar it is. The insults and cursing are the best part of a film that is let down by simplistic characterization and broad, broad comedy. Thirteen-year-old John Milton is sent to a posh boarding school by his loony family, and is quickly given the nickname Spud, as he is not as fully mature as the other boys. He turns fourteen towards the end, and falls in love not once, but twice. Sure there are a few cute scenes and some situations worth a chuckle, but on the whole, I'd only recommend this film for Cleese, the cursing, and the historical perspective, as it is a 2010 movie set in 1990 at the time of Nelson Mandela's release. Politically, the film is quite neutral, neither racist nor condemning of any one group, so what you get is a perspective rarely seen or talked about. I did not bother watching it to the end, as once it had made its point, I quickly lost interest. For Cleese fans and students of modern history only. Surprisingly, the film spawned two sequels. Cleese's hard-earned pension is now in the bag. 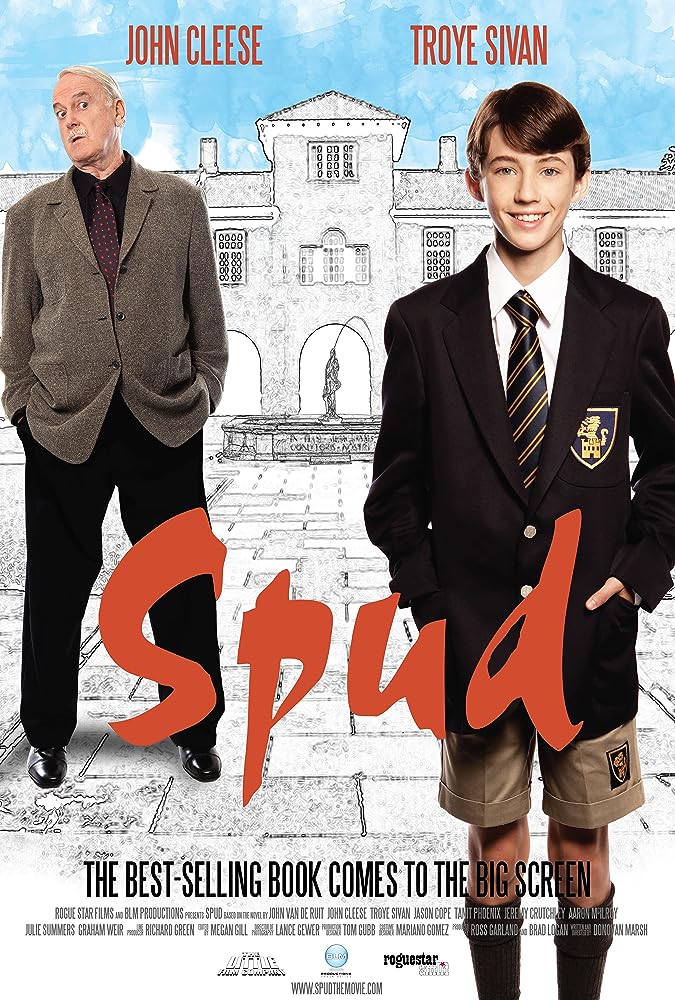