Get away from her you slaaag
It takes a big man to cry, but it takes a bigger man to laugh at that man.

It’s A Wonderful Life (1946)
Voters: Goat Boy (2), kath (5), Darkness_Fish (10), hippopotamus (5)
Position in 2011 poll: #32 (down 9)
Not my favorite Capra (that would be Arsenic and Old Lace), not my favorite Jimmy Stewart film either (that's a toss up between The Man Who Shot Liberty Valance, Harvey, Rear Window and Vertigo), but a wonderful movie even if it is incredibly sappy and wouldn't make my top 100 films.

12 Angry Men (1957)
Voters: John Coan (12), fange (5), Copehead (2), WG Kaspar (5)
Position in 2011 poll: #45 (up 5)
Lumet makes some damn fine films and picking between them is really difficult -- I nearly picked 12 Angry Men as my Lumet film this year, but I voted for it last time, and my favorite Lumet is Dog Day Afternoon, and I had a sort of tentative one film per director rule in play. Of course...that's bullshit because In the end I didn't vote for DDA and II let in 2 films each in by Gilliam, Reiner and Kurosawa. But...good call on 12 Angry Men. Great movie...

I'll be updating this again tomorrow, sorry for the delay (been a busy week).
Top

New batch is up! Some major names just dropped in too, surely some will be surprised at seeing these outside the top 10.

Speaking of which, anyone want to take a guess at the films missing so far?
Top

algroth wrote:New batch is up! Some major names just dropped in too, surely some will be surprised at seeing these outside the top 10.

Speaking of which, anyone want to take a guess at the films missing so far?

I dunno, what haven't we had? The Godfather, obviously. Has Goodfellas shown up yet?

Interesting to see Children of Men, I'd forgotten about that one.

Just had a quick look at the list so far. We haven't had Vertigo, Deliverance, American Graffiti, Bonnie & Clyde, Taxi Driver, Mean Streets, Raging Bull, Silence of the Lambs, Se7en, Annie Hall, Manhattan, Hannah & Her Sisters, Apocalypse Now, Streetcar Named Desire, On the Waterfront, Casablanca, Gone with the Wind, and a thousand others...

Not to mention anything by Fellini, Godard, Kurosawa, Antonioni, Lynch, Leone, etc.

How about Touch of Evil? Fight Club came up on some British poll years back at number one, so I can't discount that either. Empire Strikes Back, 2001, The Searchers or Man Who Shot Liberty Vallance, geez - I could do this all day.
Top

I think we're going to see a more idiosyncratic top 30 because we had so few voters. It's becoming clear that half of us didn't want to "waste a vote" on something like Godfather II, figuring that films like that didn't "need" the vote.

Should be interesting.
“Remember I have said good things about benevolent despots before.” - Jimbo

I'd be shocked if these films weren't still coming:

The Godfather
This Is Spinal Tap
Touch of Evil
Vertigo
Taxi Driver
2001: A Space Odyssey
Once Upon a Time in America (strangely loved here more than West).
Alien (same folks who voted for Aliens surely must have ranked it higher).

Other than these, I can name another 30 or 40 that seem like good bets. But there's only another 22 slots - so who knows?
“Remember I have said good things about benevolent despots before.” - Jimbo

I'm just surprised that some I ranked highly have finally started to appear. I thought it was going to be all b&w Polish animations and tone-poems about autism from hereon in.
Like fast-moving clouds casting shadows against a hillside, the melody-loop shuddered with a sense of the sublime, the awful unknowable majesty of the world.
Top

Darkness_Fish wrote:I'm just surprised that some I ranked highly have finally started to appear. I thought it was going to be all b&w Polish animations and tone-poems about autism from hereon in.

To be honest the taste in this forum is hardly Refuge-level of esoterism. There's a handful of people interested in arthouse and foreign cinema here but you're hardly going to see a Lav Diaz fanclub thread being started any time soon.

I'll see if I can upload some later today, or tomorrow if not.
Top

Can you not just list the whole lot at this point?
https://www.etsy.com/uk/shop/ModaRetro
Top 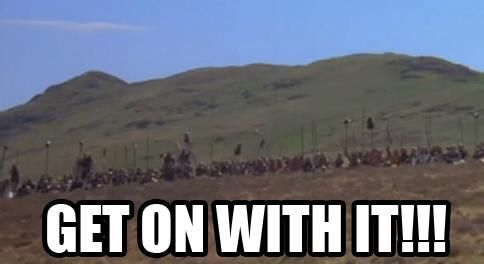 New batch is up.
Top

Blame K-Pax, because that horrible, wretched film and the fact that Kevin Spacey became so overwhelmingly SMUG after the acclaim from Usual Suspects and American Beauty that he is nigh unwatchable for me now are the reasons I don't rate L.A. Confidential in the top 100 anymore.

I had a similar reaction to Dustin Hoffman's career after Rain Man..but he won me over again with choices like American Buffalo, I heart Huckabees, Stranger than Fiction and Luck, and anyway nothing he did would ever alter my love for The Graduate. Plus there's Little Big Man, Marathon Man, Midnight Cowboy, Straw Dogs and Papillion...Hoffman easily has 7 films on my top 150 list despite Rain Man....that gives me hope that many some day Kevin Spacey will manage a comeback for me. I hope so because L.A. Confidential, Glengarry Glen Ross, Midnight in the Garden of Good and Evil, American Beauty and Swimming with the Sharks were all in my top 250 films before K-Pax rendered Kevin Spacey wholly unwatchable for me.

I'm appalled that Casablanca isn't in the Top 2.
I run out of talent
Top
Post Reply
515 posts