Loved season one of HT and thought it ended perfectly.

Haven't bothered to watch season two of HT and from the early reviews I've read,
I can't really see me doing so.

From what I do know about S2, it sounds like it's going the same way as Homeland in that S1 was
a perfect self-contained whole that they then dragged out for as long as possible.
Top

It's perhaps a bit more inconsistent than S1, but I find some of the episodes are more gripping than anything from S1. The last episode I saw - Last Ceremony - is pretty jaw-dropping. But yeah there are some which divert a bit too much from the core storyline, or don't really add very much to the backstory.
Smilies are ON
Flash is OFF
Url is ON
Top

Well, the finale certainly had a couple of surprise moments. I'm just not sure it all hangs together really anymore. There are too many people who are core to the creation of Gilead who are helping the resistance, or the writers are dwelling too much on the internal conflicts that these zealots are experiencing. I've already mentioned my qualms about how they depict Serena Joy, and they continue here - I mean what did she expect would happen by reading in front of the commanders? And why on earth does June in any way care, or feel even more disillusioned, by the fact that Serena Joy gets mutilated? I guess one can start characterising it as Stockholm Syndrome - certainly of course the final scene makes you wonder about that - but I don't think that is accurate here, because her decision to stay is clearly not driven by any perverted love she feels for her captors, but rather by her focus on saving Hanna. Although it makes zero sense to me that she wants to call her daughter Nichole - that does actually perhaps showcase some signs of Stockholm Syndrome. To me it appears that the writers want us to believe that June genuinely cares for Serena- both in terms of the separation scene, recognising that Serena genuinely "loves" Holly (how on earth can a monster like that love anyone is beyond me?) but then also in terms of naming the child after her. Separately, I quite liked the character of Joseph as this quite oddball member of the Gilead elite - but firstly, it's incredibly convenient that the murder (attempt?) on Aunt Lydiahappens just a few hours before Emily is whisked away for an escape (unless the escape was prompted by the stabbing, which I suppose could be true), and secondly, I don't really believe that a commander would somehow be part of a resistance movement and help whisk away someone - and since he's such an oddball surely he would immediately be placed under suspicion. After all, he's meant to be the whole economic architect of the whole of Gilead, including setting up the Colonies. This is not a man with a heart. I can imagine certain leaders doing a Rudolf Hess, but not actually actively helping people flee. Increasingly like the character of Emily though. She's more and more the heart of this series I find. Nick can go fck himself. I find June's professed love of Nick to be quite jarring because the way they are writing it, it appears to be genuine, rather than a function of the situation she finds herself in, which to me would be fairly believable.
Smilies are ON
Flash is OFF
Url is ON
Top

It's series 3 now - episode 9 (of 13) was last night and I had to turn it off two thirds through.
How did something so much admired (back in 2017) now sicken me.
The cinematography remains astounding and the choice of soundtrack music deft but I think I'm done with it.

Gave up HT at the end of Season One which is when it parted company from Margaret Atwood's original book. Have occasionally dipped into reviews to see if it might be worth revisiting, but they all say that it's lost the plot (literally) and descended into gratuitous violence
Top 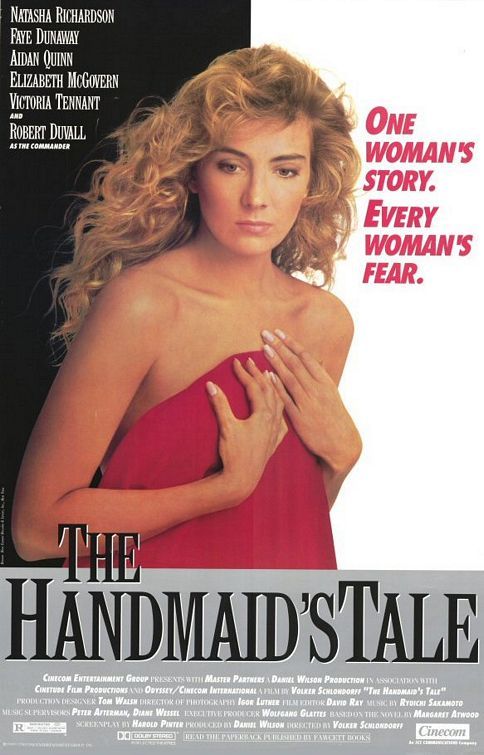 Script by Harold Pinter??
Smilies are ON
Flash is OFF
Url is ON
Top

Gets a lousy score tho, eh?

I barely remember it. 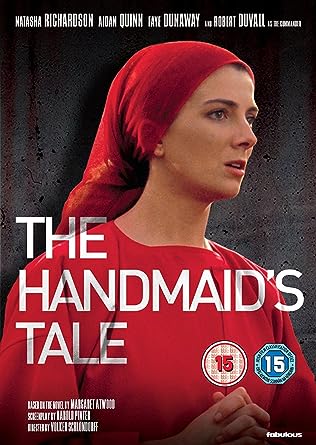 I did see it, back in the mists of time and I half thought about buying a copy as it was £4.

It's a surprising Sainsburys in that respect. Apocalypse Now (original) was at the check-out 6 months ago and the intense and highly acclaimed 2012 BBC2 series Parade's End was perched there a few weeks back.

What’s the deal with race in this show? How are these backwards fucks so incredibly race-blind? It is very odd.
“Remember I have said good things about benevolent despots before.” - Jimbo