Muskrat
World's Foremost Authority
Posts: 21277
Joined: 17 Jul 2003, 01:05
Location: Next to the park; across the street from the college; and the freeway at my back
Contact:
Contact Muskrat
Website

Better than I'd expected, even (my hesitation coming from it being Joe Nick's first effort at that kind of thing -- he did swell), Lots of good musical clips, and the talking heads were great as well.

From Chér's 1968 album Backstage, here's an otherwise-unrecorded (as far as I know) Doug Sahm composition. I don't know how on earth that happened, but I approve. Both the song and Chér's vocal phrasing are so quintessentially Doug it's hilarious.

So theaters soon, followed by shiny discs?
This is not the year to think about what we don’t have.
It is the year we should be grateful for what we do have.
Top

Whoa, now THAT is a film I want to see!

Sir John Coan wrote:Nolamike is speaking nothing but sense here.

Charlie O. wrote:And just in case there are any industry moguls lurking here: it's about time somebody reissued the sides Doug cut for the Renner label ca. 1961-'64 - that's some lost gold, right there. 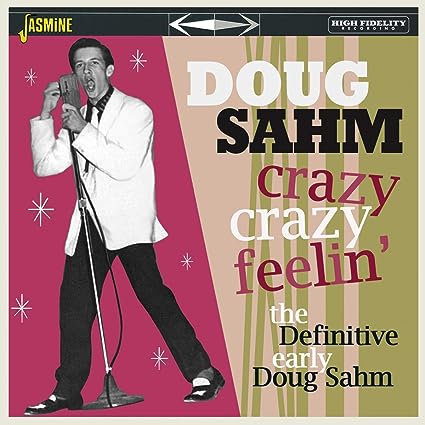 His 1959-1961 recordings for Harlem (and associated labels) have been reissued many times before, but this is the first time on CD (to my knowledge) for his twelve 1961-64 Renner sides, his last recordings before teaming up with Huey Meaux and Augie Meyers. (There was an LP comp in the mid-'80s on a tiny Dutch label; otherwise, you could only hear these on the original hard-to-find singles 'til now.) This collection even includes his very first 45, credited to Little Doug, recorded when he was 13!

I'm playing it now - sounds great over my laptop speakers (and not many things do). I'm pretty sure these are mostly if not entirely transfers from the original vinyl, and some of those records weren't well-pressed/mastered to begin with, but on the whole it's very listenable. Compiled and annotated by Roger Dopson.


Sadly, YouTube does not (as of yet) have Doug's great last Renner single - his first crack at "Bill Baety" (later revisited at least twice with the Quintet) b/w the, uhh, cool "Mr. Kool".

Ah, excellent intelligence, Charlie O.!
I’ll have to get after that.