Return of the Son of Now Gigging

I was promised it would be a rocking night out. I didn't mean to fall asleep.
Top

I've had a few really good gigs under my belt in the last few weeks
- Idles @ Electric Ballroom
Probably the hottest tickets in town, their Camden shows sold out in seconds, and a great venue to see them at. It's a pretty slick machine - they are tight, their choruses are catchy, very political, and they rock hard. They are at the peak of their powers right now it feels and I had a storming night fuelled by whiskey. Great band that I'd recommend anyone/everyone to see if you can.
- Pigs Pigs Pigs Pigs Pigs Pigs Pigs Pigs @ Bullingdon
They also sold out their London show, but managed to get tickets to see them in Oxford. Their tour is also sold out, and it's another great, exciting band. MUCH rawer and scruffier than Idles, and really enjoyed everything about them - their Northern humour, their genuine amazement at getting such large crowds, and a heavy, driving sound.
- Test Pressing @ all-around-Hackney
Great little festival that I think started last year. Pretty eclectic mix of bands across a few venues within 10 minutes walk of each other. Three bands really stood out - Mike Krol who has a really good garage rock sound, Warmduscher, who have a Bad Seeds vibe about them and a mental following, and Bo Ningen, who I've seen before but as an opening act, and it was great to see them in their own right - and they were incredible. Again I'd recommend anyone to catch them - very charismatic, psychedelic guitar gods.
Smilies are ON
Flash is OFF
Url is ON
Top

Thought they were smashing last night in Liverpool.
Roll on Durham week after next.
Give a shit or be a shit.
Top 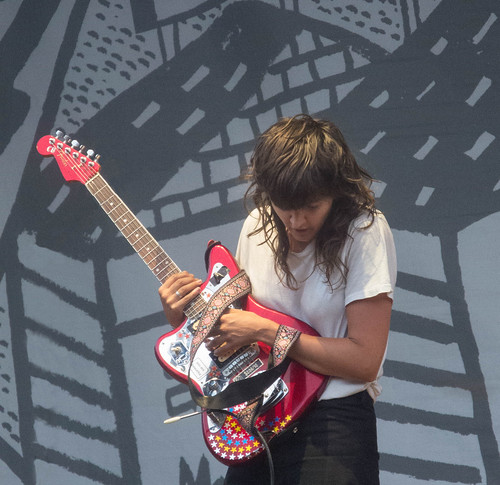 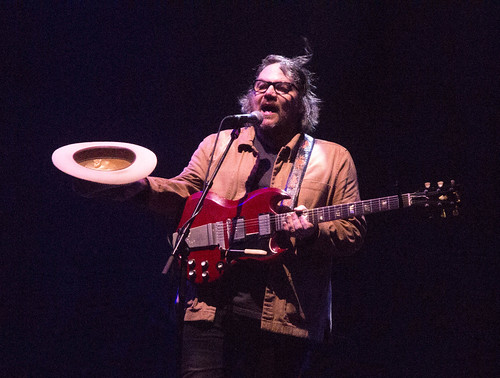 Day Two had the Minus 5 with Buck and Mills from REM. A mix of the monkees meets REM 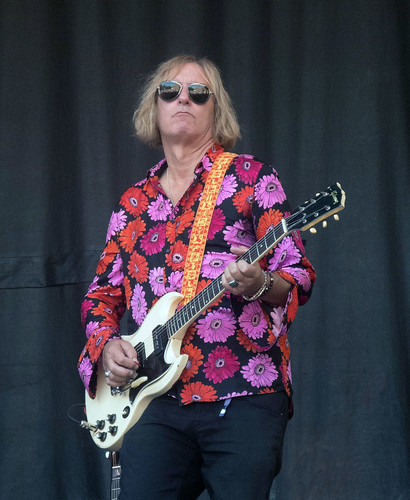 
Caught Wand at a POP show in the doll room. 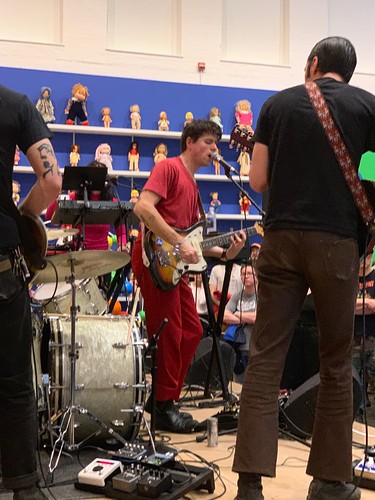 Then later on Nel's Cline Cup with his wife Yuka Honda. 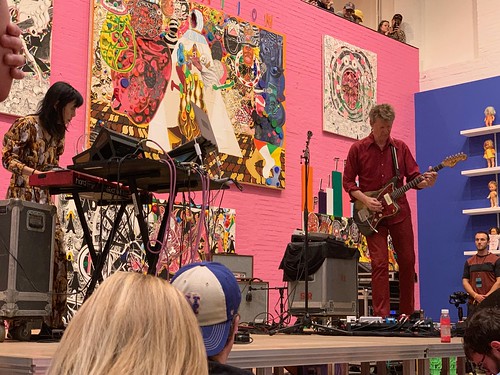 Plus Some Cool exhibits 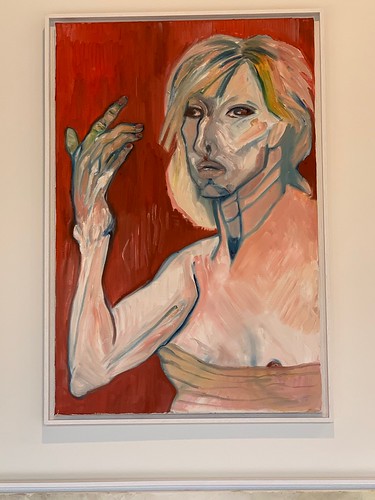 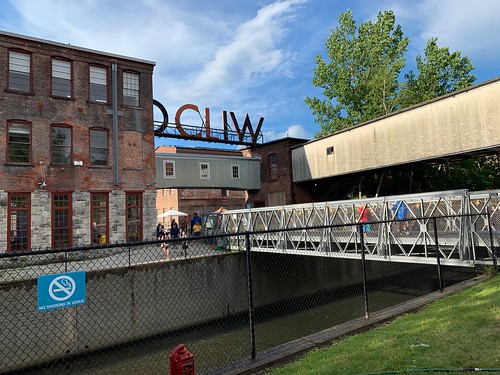 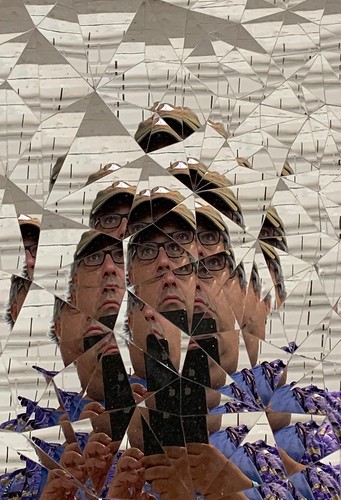 A few lately. Stray Cats in Birmingham, the set was fabulous, playing exemplary, getting into the venue trying in the extreme. Stand out for me was Blast Off! I'd not seen it live before, and an extended Fishnet Stockings. The new stuff off 40 was really enjoyable.The Damned in Bath, MGE in its (almost) entireity and a career bunch of highlights. I loved Nasty, Ignite, a curtailed Curtain Call and Antipope. King Khan and the Shrines in Bristol - an absolute riot.
Top

I went with a pal to see Stiff Little Fingers last night. My pal is the same age as me, American, discovered punk and played the first three SLF to death but had already seen them about a decade ago. It was my first time. My pal was particularly excited to see The Avengers who were supporting, who she had never seen, so we were both stage right, with earplugged ears up to the speaker and swapped places after The Avengers had been on. Fuck, The Avengers were good - don't look as if they've dropped a step in decades and clearly still loving what they do.

The tour was billed as "Inflammable Material in its entirety" which I took to mean, er, Inflammable Material in its entirety (minus Closed Groove) and then random selected material at the end. Instead, they played a selection of songs before IM which sort of took the drama out of the opening song when they eventually got round to it. This, coupled with the fact that Jake gave a commentary on what each of the songs was about before he played them really did give the set a slight "SLF cruise liner" feel. I mean, I was still thrilled to see them and everything but it seemed to me that IM really is an album that you don't need to punctuate with explanations. It's not like the album is two hours long, after all.

After IM they played some newer songs and then saved stuff like "At The Edge" and "Tin Soldier" for encores. I managed to get a small mosh in but it was a sort of strange crowd, I couldn't quite get the feel of them - a mix of much older folk, youngsters, the curious and the frankly violent. I don't want to say that there was a right wing presence there, but there was certainly a very small group who were - um - I dunno, just made everyone a bit uneasy and enjoyed that.

I was talking to my friend afterwards about what on earth it was in the show that somehow didn't touch me the way that other acts from that era have done. Both Killing Joke and PiL have done the rounds recently and been genuinely electrifying and had me going home feeling as though I had gone through some magical portal. She felt that some of the older, more "radical" lyrics may lose their impact and not translate too well years later but I didn't think it was that - I can't explain it really. I expected to feel "a certain way" afterwards and didn't and they don't owe me a fucking thing and I'm sure it's an issue with my expectation rather than their delivery.

Anyway, The Avengers!
You come at the Queen, you best not miss.

Robyn Hitchcock last night in a very small venue, 200 of us tops I reckon. He was on glittering form as usual - I am only going to say exactly the same things that I have every time I have seen him if I describe it, but trust me, it was splendid. Emma Swift came on in the second half for some harmonies and they sound adorable together.

I had written a request list from which he played everything - two of the songs, I'm Only You and Glass Hotel I am pretty sure he was going to sing anyway as they are fairly standard, but I asked for Transparent Lovers which he had never played live before and so that was a massive buzz.

I do spend time after each show kicking myself that I didn't get switched on to him earlier in my life. His shows are always some of the highlights of my year and I could watch him for days with only piss breaks and never get bored.

Viva Robyn Fucking Hitchcock!
You come at the Queen, you best not miss.

Elvis Costello & The Imposters, with Ian Prowse supporting, last Friday night at The Olympia in Liverpool.

He struggled a little vocally on 'Turning The Town Red' and 'Shipbuilding' but he was on top form.

Prowse was just made up when we chatted to him after his support slot.
I hope people get along early to see him on this tour.
Give a shit or be a shit.
Top

He's playing a venue at the bottom of my Mam's street in Gateshead in September.
Which is nice.
Give a shit or be a shit.
Top

Saw Big Thief last week at "Eventim Apollo" (will never get used to that name).
They are a great little band - nothing flashy, and quite ragged in places but great dynamic and already a broad catalogue to select from (they didn't play 2-3 of their more famous songs). I was already hugely attached to Lenker's singing, but I also became very enamoured by her guitar-playing - very instinctive and reminds me in places of Kurt Cobain's style. Only problem really was the venue - this kind of gig needed to be at the Union Chapel or somewhere more intimate (although they did sell out the venue so I guess they are too big for that at the moment).
Smilies are ON
Flash is OFF
Url is ON
Top
Post Reply
1771 posts