For The Love Of Harry - The Nilsson Thread

I finally picked up Alyn Shipton’s book. What took me so long? What a Hog - Wallow this is for even the most casual Harry Head.

I already knew Tipton and Botkin Jr. we’re heroes in Harry’s story but I had no idea how forcefully and how early on. A fun read.
Inka Dinka Doo
Top 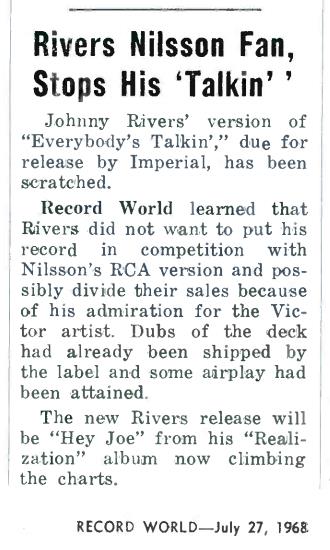 I recently listened to a podcast called (I think) "Final Recordings" it mostly features Mark Hudson talking about what he calls his 25 year quest to get "Harry's Final Album" completed. it was pretty interesting but I don't really recommend you listen to it if you haven't heard it. Most of these stories most Harry-Heads have heard before. Also, while he seems like a nice enough guy, I don't think Hudson really comes off as a reliable narrator. Even if he could pass a lie detector - he has obviously gone over these stories a lot of times in his mind. spontaneous he ain't. Anyway, anybody given this a listen? 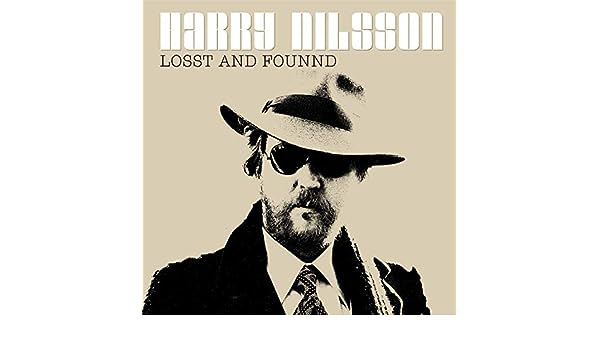 I have but only two or three times. My first impression is that Mark Hudson's well rehearsed rap might hold some water. Maybe Harry had come to terms with Lennon's passing and his own misfortunes. Maybe he was ready to get back to work. many of these lyrics do seem to address these big issues if you give them a lot of room to stretch.

many of the songs are pretty good. Personally, on my first couple of passes, I don't hear anything that strikes me as top shelf as the "Everybody's Got To Eat" demo from the "Popeye" re-release. Come to think of it, I think most of the joys to THIS Harry fan since his untimely demise has been the wealth of demos. People who talk about Harry often say "he was always writing songs" well, his demos would certainly seem to bear this out. you recognize things that pop up in his released songs later when you regard his demos. also, his vocals are almost always REAL good. so, I'll say this about "Losst & Founnd" while I'm mixed on the songs I think his vocals are almost uniformly very good. He spends most of his time in his lower register but I find that part of his voice very warm. he is relaxed and frequently whistles like Der Bingle.

While Mark Hudson certainly deserves all the pats he gives himself on the back for getting this out - I think my main problem with the album as it stands is his production. I don't mean to sound ungrateful. I guess he assembled a band to get these vocals sounding like songs. I'm sure it was a complex undertaking. In all honesty, I'm pretty sure I would have preferred to hear Harry singing in his car and banging on his dashboard.

this isnt' entirely fair. there are some good songs here. U.C.L.A. really jumped out at me. Hudson's production strikes me as too busy but then all the Perry Produced Harry records are too busy - that's part of their charm. there's charm here but I think Harry relaxing back into his own skin isn't really served by dixieland and stuff like that. it's too easy too see it as the Nilsson album Mark Hudson wanted to hear. I'm trying my best not to throw it downs the same hole as the Ringo albums Mark Hudson wanted to hear. I might have been satisfied with hearing the demos. But, here we are. it is what it is & it's not bad.

Anyway, I wish I liked the opening track better. it strikes me as sort of "monkees reunion" sounding and that' not really a sound I enjoy. Maybe Hudson is onto something though. maybe Harry himself was encouraging a "he's back" sort of narrative. certainly, people would have written about a new Nilsson album had he lived to see it released. even if they hated the album - his story is too good.

it is a good story and, all things considered, it's great to have another chapter.
Inka Dinka Doo
Top

I'm just sad 'cause the song "Yo Dodger Blue" is the worst thing on it.

Thing is, unless there's something really egregious on it (and I tend to think of Mark Hudson as a bit of a 'hanger on' without much discernible vision of his own, but since he seems sincere in his aim to do "what Harry would have done" so...I'd rather have someone else in charge but whatevs), I'm pretty dang predisposed to like it.

I do like the fact that Keifo, Harry's son (who also played with Glen Campbell) is the main bass player on it.

It's no Nilsson Schmilsson, maybe, but it's more Harry music. And it would be a challenge - even for Mark Hudson - to do anything to make that any kind of negative.

Are you guys saying there's a new release of demos that have been augmented with contemporary overdubs? Hmm.

Pretty good, as these things go.

I liked it a lot. it's like the Zevon book. sometimes conflicting recollections can give you a more well rounded idea of what somebody was like.
Inka Dinka Doo
Top

I've been reading this over. this is a great thread full of good stuff like this...

king feeb wrote:I think the "Good Old Desk"/GOD thing was just some goofy put-on by Nilsson. The song is obviously a celebration of stability, a tribute to the dependable things in life that don't change and can be counted on (like a good old desk) in the ever-confusing maelstrom of life. Great fucking song.

Snarfyguy wrote:Are you guys saying there's a new release of demos that have been augmented with contemporary overdubs? Hmm

I think the difference is Harry was shopping it around with Mark Hudson at the time of his death. So there does seem to be a certain amount of "that's what Harry wanted" about it that's at least somewhat verifiable. Whether you appreciate Harry's choice of collaborators or not (and as I said it sure ain't mine), it does seem like that was actually his choice.

There's some auto-tune, allegedly, which has been (rightfully, I suppose) criticized, but it's not glaring to my ears at least.

It's really pretty good, I think. Could be better, but could have been much, much worse. (Jeff Lynne or Dave Stewart could have gotten involved, f'rinstance).

Wasn't Mark Hudson Nilsson's attorney or something? Seem to recall him as being the rainbow-haired guy who was extolling the virtues of HN's final recordings in the Who is Harry Nilsson doc from a few years back.
Top

That’s the guy!
I’m not sure if he was his attorney but the hair sounds right.
Inka Dinka Doo
Top

Not an attorney, no (would YOU hire an attorney with rainbow hair?) (well, Harry might've), but a musician and producer and a one-time Saturday morning TV star (The Hudson Brothers Razzle Dazzle Hour). Back in the '60s he and his teenaged brothers were in a band called The New Yorkers, who occasionally pop up on garage-rock comps. (He's also the uncle of Kate Hudson, though considering the bad blood between her and her bio-dad I don't imagine they're that close.)

I've been watching HBO and they're showing previews for an upcoming satirical s/f comedy called "Avenue 5". they use "Spaceman" all through the preview. recently Netflix's "Russian Doll" supposedly helped make "Gotta Get Up" become Harry's single most streamed song.
https://variety.com/2019/music/news/nil ... 203154003/

Mark Hudson, in that podcast I mentioned up-thread, says that Harry "got back on his feet financially" before he died. I hope that's true. I'm pretty sure he made a new RCA deal for "Personal Best" so I hope all those kids were taken care of. well, if they weren't then, they certainly should be now. that "Russian Doll" deal was hopefully a nice windfall and it does appear that licensing his wonderful tracks might provide a steady stream of income.
Inka Dinka Doo
Top

I may have talked about this earlier in the thread - but it’s a long thread spanning years. So forgive me if I repeat (and hopefully the story hasn’t changed with time and foggy memory)...

Back when I had a record deal, I had to figure out who was going to produce my second album. My first had been made without a budget. But this time I had a little money and was looking to hire a producer. My first choice was Harry - not because I had a particular love of his production style, but mostly because I wanted to sit in a room with the guy.

So we reached out to him - at least I was told by my manager that we did. Apparently he was very nice, and even encouraging about my demos. He supposedly liked my songs a lot and told my manager that he wished his health was good enough to take the job. He put us in touch with Mark Hudson instead, who was working on these tracks with him and reportedly also working with Aerosmith (who were mid-comeback) at the time.

I don’t quite recall what happened with Hudson. I don’t think we followed up. But that was as close as I got to meeting Harry. But the point is - Hudson definitely seemed to be Harry’s go-to at the time of his death (which happened just months later).

All the details of this are cloudy to me, as my manager/best friend was killed in a car accident just a few months after Harry died. I ended up losing my record contract, and my own album ended up in a similar extended stillborn state to Harry’s (and strangely - started taking some steps towards doing something with it right before I heard that this one was being released).

As for the record itself... I generally concur with Snee. I’d have preferred less production. But these are good songs and good performances - and the production avoids the really bad pitfalls that could have made this a bad record. As it is, it is good enough to sit pretty proudly amongst Harry’s post-Pussycats oeuvre. Maybe not as strong as Knnillssson, but up with any of the rest. That’s a pretty sweet gift after all these years.
“Remember I have said good things about benevolent despots before.” - Jimbo