A panoply of stars of punk and new-wave and burgeoning talents in their element.

I'd love to say I'd been to all these but I only frequented The Nashville (as it was only about 3 miles from home and A levels were looming over me.)

This is my favourite photo and mini bio. 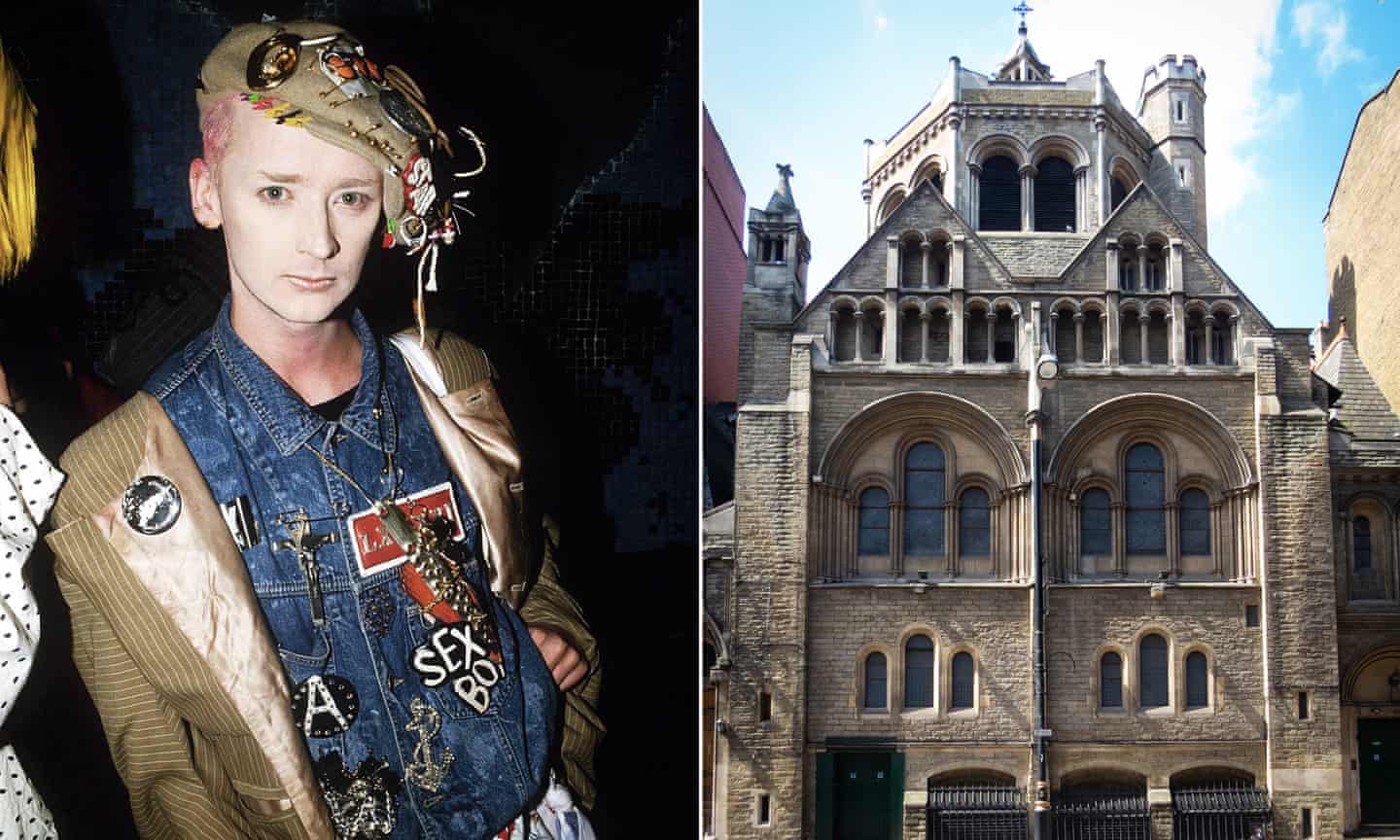 The Limelight on Shaftesbury Avenue opened in 1985 in a former Welsh Presbyterian church. In its heyday in the late 80s, regulars included Boy George (pictured there in 1986), Duran Duran, Spandau Ballet, George Michael and Steve Strange. It was taken over in 2003 by Australian pub chain The Walkabout, which converted it into a sports bar. This ceased trading in 2010 and the premises are awaiting conversion into a new performing arts centre.