Day 10 - the final day of mentioning the 10 albums that most influenced the music you listen to.


Well finally, it's this one: Like a lot of people I had heard Bowie Space Oddity and whilst I quite liked it I didn't really give him a second thought after that, until I heard 'Changes' on the radio and 'Oh You Pretty Things' which for some reason got played fairly regularly at well. I was living in Blackheath at the time, sharing a house with a friend, whilst at college in Bromley.

Soon after this I went to live in one room apartment in Beckenham, only to find out that I was living right above Bowie's half brother Terry and his wife Olga, this was just before Ziggy Stardust exploded onto the world. I only saw Bowie come to visit on one occasion, as he came to the front door wearing a very peculiar looking hat. Oddly I never saw any pictures of Bowie with this hat on until the 'Bowie At The Beeb' album was released and I'm sure it was the same hat - his 'bipperty bopperty hat' perhaps?

Sadly I didn't ever get to meet him though my girlfriend and I did go and have tea/coffee with Terry and Olga, who were both lovely to us, chatting about all sorts of things. I was sad to hear about what happened to Terry but never knew what became of Olga, as we moved elsewhere before Terry died.

Strangely enough my family had a few very minor connections with Bowie. My Mum owned an antique shop in Beckenham and Bowie and partner - Angie I would guess, would go in and browse and my cousin Chris was friend of Bowie, knew him at the Three Tuns and Bowie once asked him play guitar for him on the 'The Man Who Sold The World' album. Sadly, he couldn't because he had just opened his own antique shop, in fact Chris sold him the screen that is behind him on the cover of the MHStW album. He also tells the story about how Bowie went round to his parents' house one day to speak to Chris and how his very straight laced, strict but lovely dad opened the front door to this man wearing a dress with long flowing hair - he had a bit of a shock.

The album itself is up there with the very best of Bowie's work, sometimes I think it is his best - the variety, the melodies, the sound, just everything about it, it's just such a glorious album to listen to and then he unleashed Ziggy, wham bam thank you ma'am, but Hunky Dory was his starter for ten.


Going to cheat a little bit here because on the Facebook equivalent of this I notched up 12 albums and not 10 - the hazards of cutting and pasting and so I am going to include the final two with very little to say about them.


The first is Roxy Music's debut, sounded like nothing else at the time, truly original - 50's rockers from out of space, brilliant. The second, a Kinks' collection from way back when, loved all the singles and Kwyet Kinks was the only E.P. I ever bought. Didn't get into their albums until a little later but long ago made up for that but this collection of tracks was superb, love it, since frequently updated by any other comps. 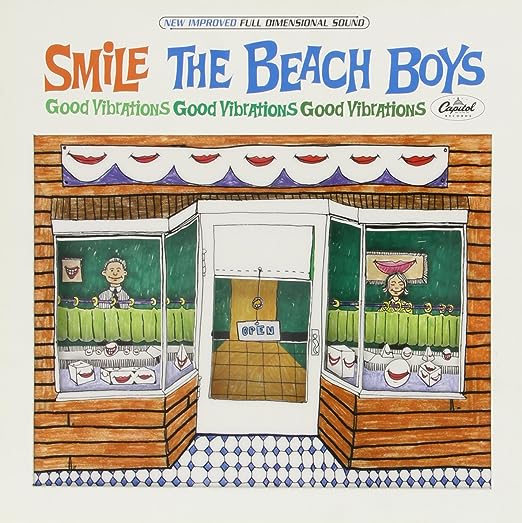 1984 - Ive always loved vocal harmonies but had always dismissed the Beach Boys as having pleasant enough hits but ultimately consigned them to being fluff until a new guy I worked with who
had a shaved head (unusual to say the least in those days) and who’s two favorite bands were Throbbing Gristle and the Beach Boys lent me a Beach Boys cassette and urged me to listen to it to prove the Beach Boys were way more than their surfing hits.
And of course he was right, the second I heard the DOING DOING DOING of Cabinessance I was convinced. This led to a long and winding discovery of all those great Beach Boys seventies albums and endless hours reading interviews and downloading SMiLE reconstructions and session tapes. Yes, for a while there I was a complete SMiLE head.
Finally in 2004, twenty years later, there was the Holy Grail - Brian Wilson presents SMiLE album , the reconstructed album and in December even better, Brian Wilson playing SMiLE Live in Auckland NZ. I don’t believe I’ve ever looked forward to a concert more and miraculously it didn’t disappoint, an absolutely brilliant show, still one of the greatest concerts I’ve ever seen, an electric vibe from a hushed audience and such a reverence and celebration of a finally completed masterpiece. Magic


P.S
honourable mention must go to 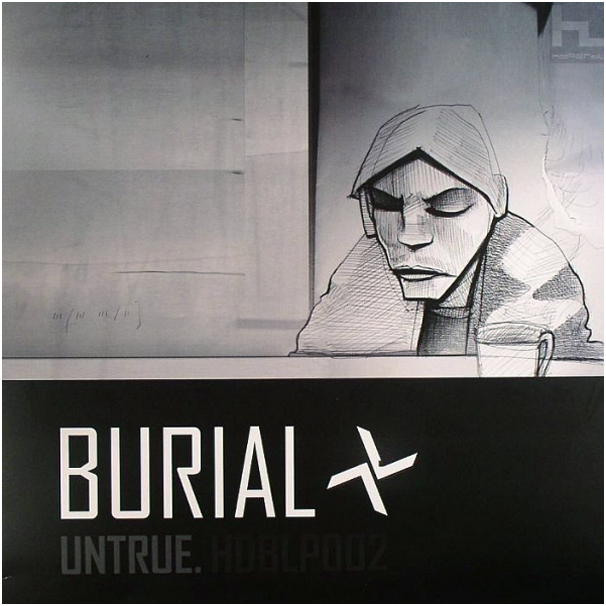 By the time I got to be too old to go to clubs, I found a way to fully embrace the dancefloor and see eye to eye with the godforsaken youth of today. The dance-geek would probably pick Burial's debut, which I found interesting in an ambient urban travelogue kind of way, but to me this is the real deal. At it's best ("Etched Headplate" for instance) it's the sonic equivalent of those mornings lying in a spinning room at 6am, with a stinking hangover brewing and vague recollections of the night's music still bouncing aroung the inside of my damaged skull. He may be a one-trick pony. He may be a chancer extraordinaire, with one of the laziest release schedules of all time. But these broken clockwork rhythms, snatches of lost dialogue and distorted vocals are visually evocative of a hazy urban sprawl in ways I don't fully understand.
Like fast-moving clouds casting shadows against a hillside, the melody-loop shuddered with a sense of the sublime, the awful unknowable majesty of the world.
Top 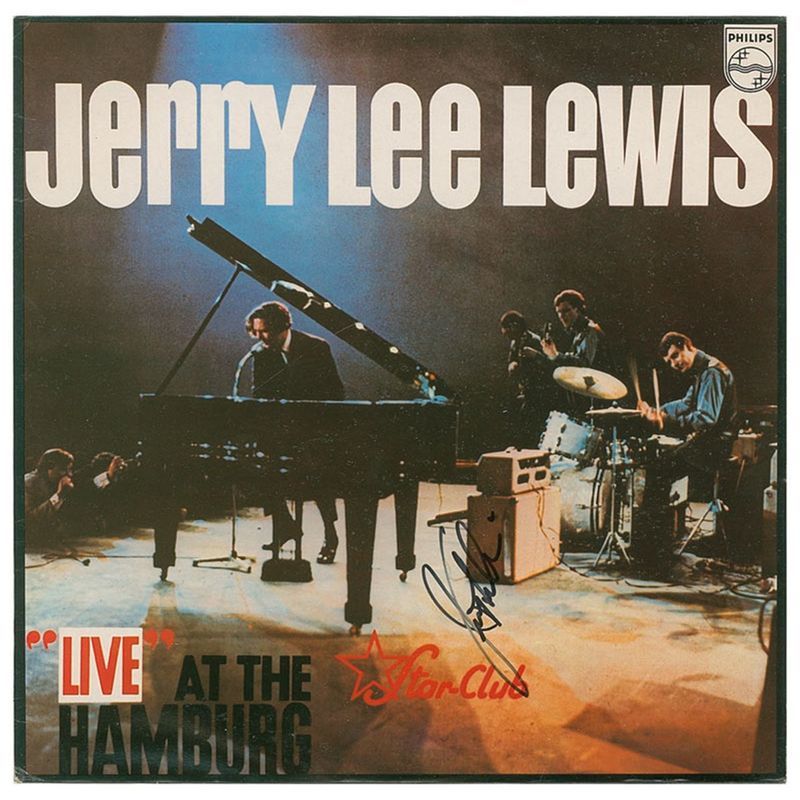 I love Rock and Roll. I love Rockabilly and Hillbilly music.

This is something a little different. Crazed, feral, the apogee of his Rock and Roll canon before he went Country. The playing is menacing, with lascivious evil and intent, the sustained energy is amazing, and the sound for a 1964 recording stupendous. If I were a believer I'd declare that Jerry Lee and not Robert Johnson had sold his soul to the devil. Off course Jerry Lee, a fervent believer, doesn't give a flying fuck as he knows he's going to Hell anyhow.
This record is the blazed a path for every extreme record that follows, regardless of genre. Church-burning Norwegian satanists, Florida death metalists and scat-core punks and a myriad of others, all owe JLL a debt, but none will ever make you believe that they are possessed by Satan himself. This record will make you damn sure JLL is.

In a week we have lost Little Richard, amazingly JLL is still with us. And of the holy trinity of Little Richard, Elvis and JLL I think it proof of some sort of devilish pact was made to ensure that JLL is the last man standing. He's made me a believer. But then I always believed in JLL.

It is the finest live album ever recorded. And one I'll love until the day I die.

The end of the 10 albums in 10 days for me. It might have piqued an interest in something you haven't heard before. If not, it doesn't matter. Its your loss.

Fuck all y'all.
Top

Jumper K wrote:The end of the 10 albums in 10 days for me. It might have piqued an interest in something you haven't heard before. If not, it doesn't matter. Its your loss.

You killed it, Killer!

As much as I could go brit pop or grunge here I'll cancel them both out and go to Tori Amos. Growing up my go to female vocalist were Grace Slick and Annie Halsom. I like Joni and other female vocalist but Kate Bush started me on this love of women voices. I bounced thru a bunch of women singers and then in winter of 92 I went into Tower Records and looking thru new releases saw this cd

I turned it around flipped it around and thought this women has balls and there was the new artist tag on it with first single Crucify. I then realized it was currently play in the store. The next 10 years of Tori's output is one of my music addictions and the stories of weird similarities are insane, not one song I don't like(although you can pick on the covers album). Seen her play everyone of them live too(except not all the covers songs). Here I'll pick her second album:

Tori is the same age as me and somehow she sucked me in to being the guys she was looking for or experiences I was having at the time. It starts right with the first song, Pretty Good Year. I had just broken up with a girl from England we met on a trip to the shore with some friends.
"Maybe a bright sandy beach
Is gonna bring you back, back, back
Maybe not, so now you're off
You're gonna see America
Well let me tell you something about America"

she left for San Fran.

Next is the Powerful God. "tell me your crazy and maybe I'll understand?"
Steve Caton's dissonant guitar work on God mixed with Tori's piano and lyrics is gorgeous.
Bells for her - Tori on a prepared piano singing about good friends who will eventually drift away. That year my friend drifted off to Seattle where he ended up ODing.
Past the Mission - always a fan of the chorus and piano play of the second half. Trent Reznor backing vocals. This song also has some history.
The Waitress - living in NYC at the time you have no idea how many Waitress I've wanted to kill

Love the guitar and drums. When I saw her live for the first time doing this tour Waitress was stunning.
Icicle - Another stunner live. Tori is like melting into your mind.
Cloud on my Tongue - such a mix of emotions from love to how do I get out of this. This song hit me that spring as I was in the Caribbean with a girl who went from loving to pretending I didn't exist. Circles and Circles.
Then the ending "Yes, Anastasia" the whole arrangement and powerful piano and vocals by Tori end a killer album. Oddly, 7 years late this took on a whole new meaning as Tori played the 3 nights at the Beacon ending 10/11/01( I went to all 3) - one month after 9/1. The girl sitting next to me was seeing Tori for the first time and told me before the show her cousin was one of the fireman killed. Tori did a melody of plane songs(Not the Red Baron, Flying Dutchman and then Crucify) then started playing Yes Anastasia. She had been in tears for the last three, so I asked her why this now?
She whispered the last lines.

When Tori belted out those lines I cried with her.
Top
Post Reply
7 posts • Page 1 of 1