Got an interesting CD, a radio broadcast of Verdi's Requiem from 1940, off Italian radio, cleaned up and released on CD in 1995 to mark 50 years since the end of WW II.

This sort of thing is good to put on if you've got the blues. Without wanting to compare my feelings with the travails of people who lived through such a hellish war, it puts me in a somber mood. That was the sort of thing that radio played, it has that epic sweep and grandeur which was appropriate back then, to mark a change, to mourn, to hope again.

Strangely, as I work my way through the CD, it puts me right again, not in a perky way, but it balances me, makes me more comfortable with my mood, more accepting, more resigned. Requiems are good for that.

It's super rare, amazon has two copies starting at $195, nowhere else to be found on the web. I paid 30 pence. 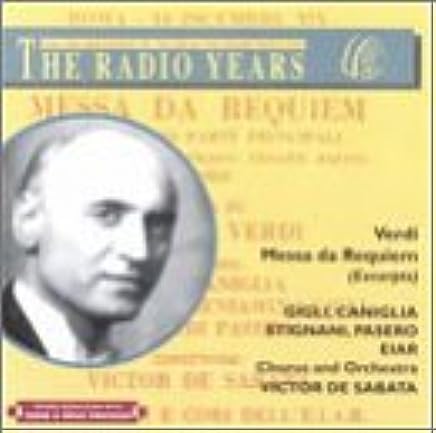