Yes - I listened to this taster last week.

I am looking forward to hearing the whole album

Very positive reviews, so my " Do I need really need another Neil album" mindset is back on the shelf
Top

slightbreeze wrote:Very positive reviews, so my " Do I need really need another Neil album" mindset is back on the shelf

I’ll probably be in for this one, which will be my first Neil since Sleeps With Angels.

That’s showing in Austin on the 22nd. I presume he’s gonna stream it on his site?

I dug the new tune when I heard it a month ago. Need to go and see if there’s more out since then.

It has a few tossed off semi-gems on it but it is, overall, a fucking snoozefest
I liked the first one and the last one
The second one is 13 minutes of Greendale all over again.

I'll unlikely ever play it again
The Complete Velvet Underground - Lou Reed Mp3 set now available in the usual place, should you want one. 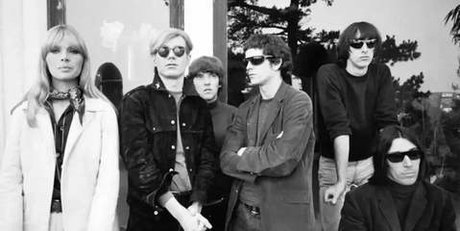 Only heard it once but I quite like it. Sounds a bit like Sleeps with Angels and nice to have Nils L back in the fold
Top

Powehi wrote: Sounds a bit like Sleeps with Angels and nice to have Nils L back in the fold

I personally didn't rate Sleeps with Angels but having Nils back in the fold is good news.

Played it once, so far. It's .....Ok, at best, but I expected so much more, especially with it garnering such positive reviews. Tuneless and lazy at times, with his worst vocal/harmony performance on record. Still gets a great guitar sound, though.
Top

slightbreeze wrote:Played it once, so far. It's .....Ok, at best, but I expected so much more, especially with it garnering such positive reviews. Tuneless and lazy at times, with his worst vocal/harmony performance on record. Still gets a great guitar sound, though.

Reminds me of my review of Clapton's blues album..."he can do this stuff in his sleep! And mostly does..."

I like what I've heard so far, but it seems like there's always somebody to call each recent album "his best in years." I'll believe it when I hear it. (Psychedelic Pill is the only recent one where the accolades actually turned out to be kind of true.)

Dare I say one doesn't need any rock album from anybody in their '70s.
Top

Of course, of course. Still, I'm struggling to think of one I'd really recommend either. Thoughts?
Top

no, you're right. just being a dick. I thought I was going to counter with "Funk #50" by Joe Walsh but he wasn't 70 yet when it came out and it was the single highlight of a very sucky album. I don't need that track but it's certainly the hottest thing he's done in a month of Sundays.

As for Neil.. I don't know. Are we just taking his word that this is new stuff? it sounds like a lot of old stuff he's been getting around to releasing. I guess I'll take his word for it. it ain't bad but it's no "Funk #50" either.
uggy poopy doody.
Top

After awhile I think any artist has an expiration date, a shelf life if you will. I have every Neil Young album from '69 - '81 or so, and then only a few in the eighties, then everything from '89 - '95. I bought Greendale for some reason years ago and was bored. Even if he has good stuff that I don't own I don't need it. Over twenty albums by one artist is almost always enough - there's too much out there for me to keep buying every last release by any one guy hoping that I'll like maybe a song or two.

It's very similar with McCartney, who I stopped with after Flowers in the Dirt. Though I suspect I'm missing some of his '90s or early 2000s work which might be good. But then, as good as Ram or Band on the Run? I doubt it.
Top

Novelists & artists can have third acts that meet critical and/or popular acclaim. This seems a harder nut to crack in popular music. Well, unless you’re Dylan. Apparently the first thing they teach you at Rock Critic school is that every new Bob Dylan album is something to break out the Thesaurus for.

Leonard Cohen was getting a lot of critical praise towards his end but it didn’t really do a lot for me. I think Matt is right and it’s interesting that he singles out people who were pooping out in the 80’s. I’m an Elvis Costello fan but I remember an album somebody loved in the 80’s and it just didn’t do a thing for me. When somebody’s written a hundred songs then you’re bound to hear a new song that reminds you of one you like better.

The artists who really change gears are less likely to do this but then they run the risk of isolating people who usually buy their stuff.
Last edited by Sneelock on 27 Oct 2019, 10:23, edited 1 time in total.
uggy poopy doody.
Top

Matt Wilson wrote:Of course, of course. Still, I'm struggling to think of one I'd really recommend either. Thoughts?

Not heard any of the albums myself and not sure if anyone bar the most obsessive Byrds/CSNY fan could be said to really "need" them, but apparently Neil's old bandmate the Cros is onto something of a purple patch these last four or five years
Top

Matt Wilson wrote:Dare I say one doesn't need any rock album from anybody in their '70s.

IIRC that was pretty much the theme of my first ever Mojo4Music thread, but I was probably talking about people in their 60s back then. People cited Dylan, Van Morrison probably, maybe Neil Young. I liked Psychedelic Pill but then foolishly bought Storytone which was terrible. No more Neil for me thanks.
[indistinct chatter]
Top
Post Reply
19 posts • Page 1 of 1