Gene Pitney on Musicor (or how I was proved wrong)

Gene Pitney on Musicor (or how I was proved wrong)

Bought a Gene Pitney comp today, a no frills Disky comp. Said licensed from Nestshare, I thought, what?? I'd never heard of Nestshare before, sounded dodgy to me. You know, something along the lines of San Juan Music Group or some shit. So I open the booklet, or rather, folded inlay, and it says copyright "Musicor" after all the track titles, and with the correct dates, natch. Musicor! Home of latter-day Platters. Could it really be true? Somehow I'd always associated Gene Pitney with a major label, like Imperial or something. But no, wiki says he was signed to Musicor. The moral of the story is, just because it's on a budget label, it doesn't always have to be a sneaky re-recording. 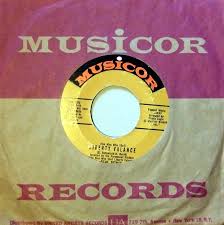