Streaming one of the better Beatles dox, "How The Beatles Changed The World". There's lots of concert footage, and general footage from the early 60s especially. After watching this interesting analysis of the Beatles' impact on society, and contrasting, say, 62 with 63, it's easier to understand why so many rock fans dismiss UK pop/rock before the Beatles arrived. I like the pre-Beatles acts, but will also admit that it was a stroke of genius to marry girl group harmony pop with the bluntness of early rock'n'roll, as John and Paul did. Then there's "The Word", in the 65 sequence. What an unusual song, magical, enchanting. I don't know why I hadn't noticed its uniqueness before. I think "Rubber Soul" is a good candidate for second best Beatles album. 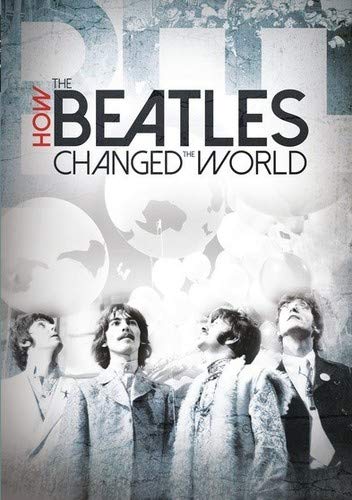 In 1963 a band burst onto the world stage and single-handedly transformed popular culture. Conquering first Britain and then America the following year, The Beatles and their music were a breath of fresh air -- dynamic, positive and modern. Yet, from the very beginning, the four loveable Mop-Tops were also revolutionaries who would pull the world out of its black and white past and into a technicolour future. HOW THE BEATLES CHANGED THE WORLD traces the bands path through the most remarkable decade of the twentieth century, the 1960s. It not only looks at the impact of their artistic evolution across this period but also at the wider revolution they instigated, from fashion, film and art to the British class system, the anti-war movement, the counterculture, Eastern spirituality, psychedelia and the riots of 1968. Through exclusive interviews and rarely seen footage, this film reveals the previously untold story of how four young men from Liverpool transformed the world forever. Featuring new interviews with former head of Apple Records, Tony Bramwell; Beatles associate and Underground scenester, Barry Miles; art curator and close friend of John and Yoko, John Dunbar; Merseybeat! publisher, Billy Harry; as well as authors and historians Jonathan Gould, Chris Ingham, Robert Christgau, Anthony DeCurtis and Mark Paytress.

While I wouldn't say it's one of their best songs, I do think it's one of the most remarkable lyrically. I don't know that anything like that had been said in popular music before.

The Word has always been in my own personal Beatles top ten. The soulful groove, the fantastic bass, the glorious harmonies..it's got it all for me.
Rubber Soul is Lennon's high point as a vocalist, he never sounded as good as this again.
https://www.etsy.com/uk/shop/ModaRetro
Top

For me, it is maybe the best distillation of “The Beatles” in one track. It’s not their greatest song, but it’s good enough and the sound and arrangement brings everything together perfectly.

It is definitely an unusual sound for the Beatles at that stage, but no She's a woman.
Top

Rare thing that we all agree.
"When the desert comes, people will be sad; just as Cannery Row was sad when all the pilchards were caught and canned and eaten." - John Steinbeck
Top
Post Reply
6 posts • Page 1 of 1