by GoogaMooga
The 39th Santana album arrived in the mail today - it's always an "event" with a new Santana album. "Africa Speaks" is produced by Rick Rubin, and features songs in Yoruba, Spanish, and English. About the album, which was recorded in just 10 days, Carlos says it's about "manifesting divine voodoo." I myself can't quite make up my mind whether that should be "divine voodoo" or "divine doodoo". There are plenty of ideas kicking about, as Carlos channels the Ghanaian "wa" and the sounds of Africa, just don't expect any hits. 49 songs were whittled down to 11, and if that's the best they can come up with, I'd file it under "curios". Carlos has been recording for 50 years, and you can't expect him to come up with another "Samba Pa Ti" this late in the game, but a little more thought could have been put into the compositions. It's a keeper, but not one I'll be humming along to. 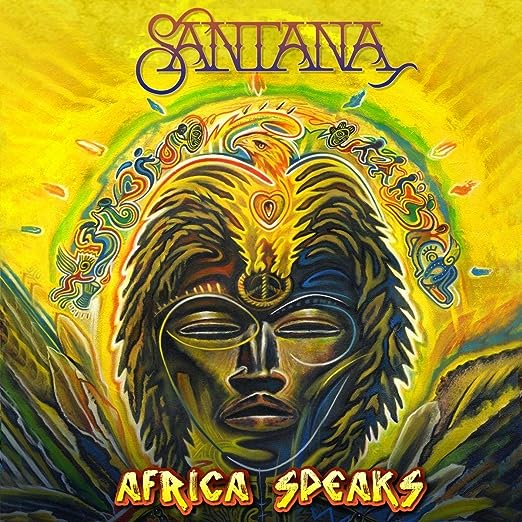 by never/ever
It's dreadful.
Way too loud and fragmented. Never heard such a schizophrenic mess on a Santana-album like that one.

You're right. I was too kind. I am getting rid of it, have no desire to play it again.
All times are UTC
Page 1 of 1
Powered by phpBB® Forum Software © phpBB Limited
https://www.phpbb.com/