I've stumbled seriously into the aforementioned and I'm beguiled listening to the whole of Happy Trails and Fresh Air. Wonderful stuff. I almost went through a red light listening to it on the way to work this morning I was so mellow..

Highest of praise here for a newbie to read -

First two albums are great, sporadically good after that. The two-disc Sons of Mercury comp on Rhino is the best intro to the band.
Top

Have another hit - OF FRESH AIR
"When the desert comes, people will be sad; just as Cannery Row was sad when all the pilchards were caught and canned and eaten." - John Steinbeck
Top

"Happy Trails" is terrific. everybody has their own definition of "acid rock". I think "acid rock" is the rock that sounds like it was made on acid. I don't know what Quicksilver took the day they made these recordings but I'll bet there was some acid in there somewhere.

this version of "Mona" really sends me. I won't say it's better than Bo Diddley but it's certainly it's own thing.
Inka Dinka Doo
Top

Every so often I need to hear this album: 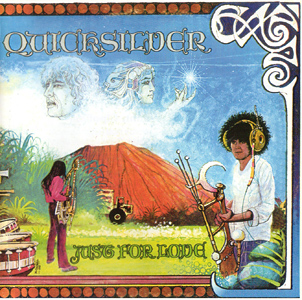 Snarfyguy wrote:Every so often I need to hear this album:

My introduction to the band - I love its stoned and sunny vibe and Dino Valente's vocals a lot.
Thumpety-thump beats plinkety-plonk every time. - Rayge
Top

That's pretty much my take. I guess they were always Dino's band, but they sounded better when he was in jail. He seemed to clip Cipollina's wings, whereas he's in full flow on those first two. Dino's solo album is great though.
We're way past rhubarb
Top

The Fish wrote:I guess they were always Dino's band, but they sounded better when he was in jail.

I've known and loved the first two albums since college (mid-'80s), but only really started digging into the subsequent albums a couple of years ago. I was surprised to find that I liked most of it okay. I have very mixed feelings about Dino as a singer, but I could say that about David Freiberg as well. Dino's album is interesting, and there was a posthumous solo collection that was - again - surprisingly good.

But there was another QMS cd that came out some years back that was a rehearsal tape from not long after he'd gotten out of jail, and on that he comes off as a serious creepazoid - badgering and belittling the other members, constantly telling them how much better off they are now that he's around, and no-one else utters a word. I think we could use the word cult here.

The anthology (2lp) with the black cover (not to be confused with the first album) is another good place to start.
Top

I came to QMS through the 70s-albums and still find them very enjoyable. But yeah, Sons Of Mercury is pretty much peerless and a top collection.

Saw John Cippolina playing with Man at the Roundhouse in May 75 at the show that was released as Maximum Darkness the folllowing year. Remember it as being a pretty good show - even if many of JCs guitar parts later apparently had to be overdubbed in the studio. Also saw Led Zep at Earls Court twice that same weekend
Top

Freiberg went to Jefferson Starship
"When the desert comes, people will be sad; just as Cannery Row was sad when all the pilchards were caught and canned and eaten." - John Steinbeck
Top

https://www.youtube.com/watch?v=3vu_hiGOrRI
You wanna be a big cop in a small town? Fuck off up the model village.
Top

I recall giving a borrowed copy of their first LP several listens some fifty years ago: 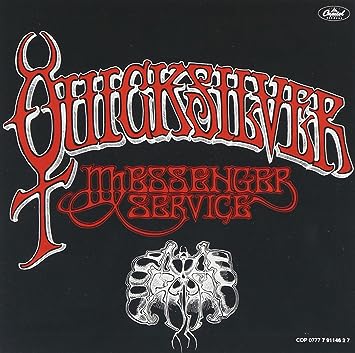 I thought it was alright, but I was never thereafter compelled to actually purchase any of their recordings.

It's been fifty years though. Perhaps I should give then another try.

By way of the Airplane. He's on their last, live album Thirty Seconds Over Winterland - just as a singer, though, not as bassist. He had shared a house with Paul Kantner and David Crosby for a time, before any of them became famous.