25 years since Kurt Cobain shot himself

25 years since Kurt Cobain shot himself

On April 8, 1994, Kurt Cobain was found dead in his home in Seattle. His death was ruled by authorities as a suicide by self-inflicted shotgun wound to the head. He was the best songwriter of his generation, and Nirvana arguably the most important band since Sex Pistols. It was my cousin Allan who called me that day and broke the news to me. I had bought a ticket to see the band later that year. Soon the unused tickets were being sold for big bucks. Not wanting to cash in on a tragedy like that, I returned the ticket to the promoters and got my refund. I then sat down and wrote a piece on how much Cobain had meant to me. Here is what I wrote, all those years ago:

And so 27-year od Kurt Cobain, brilliant frontman-songwriter for the hugely successful Seattle grunge rock trio, Nirvana, put a bloody, messy, shocking end to his own pain on April 6, 1994, with a shotgun blast so powerful the coroner had to identify him by his fingerprints. Kurt Cobain has gone to rock'n'roll heaven to jam with a mythical supergroup that spans 45 years and counts among its tragic members legends ranging from 1959 plane crash casualties Buddy Holly, Ritchie Valens, and The Big Bopper, to 1991 heroin overdose victim Johnny Thunders. What makes Kurt Cobain stand apart from all the other early dead is his act of suicide.

There has been an awful lot of speculation about what it was exactly that led Cobain to go out with a bang. Much has been made of his cold, traumatic childhood in the Twin Peaks-like town of Aberdeen in the Northwestern state of Washington, a town bass player Chris Novoselic has described as "Helltown". It was a childhood that followed him into the long bouts with alcohol and heroin, the volatile marriage to Courtney Love, the ill feelings towards fellow bandmates Chris Novoselic and Dave Grohl, the inability to cope with the meteoric rise to multi-platinum fame, the depression and the self-hatred.

But what it came down to, in the end, was that Kurt went ahead and did what many kids with a keen awareness have entertained in their thoughts at one time or another. Cobain went ahead and killed himself. Had he taken a few more years and thought it out, Nirvana would have dissolved itself and he would probably either be overdosing on heroin or pursuing an unsuccessful solo career experimenting with other directions in popular music. As one of the more heretical of the ubiquitous Cobain memorial T-shirts states with such laconic clarity: "Cobain died in vain." Three days after Kurt Cobain put a shotgun to his own head, another young man also killed himself, directly inspired by his role model.

Yes, he was often vulgar, crude, and disturbed, but he could also be a real gentleman, wear black hornrims and show poise - as when he had to answer some asinine opening questions about his summer-trimmed hair in an evening interview at the 1992 Roskilde Festival, an exchange that made Dave Grohl yawn. As the interview wore on, you could clearly sense Cobain's good manners: "So have you been sleeping until now?" - "I've slept all day. Yeah, I was up very late last night with my friend Roddy Bottom from Faith No More. He was showing me some new keyboard maneuvers."

It's hard to understand the critics who say Cobain wasn't a musical innovator. To my mind, the man was a trailblazer, mixing lazy pop and punk with ripping feedback in a totally original way. The melody lines in songs like "Lithium", "Come As You Are", "Dive", "Heart-shaped Box", and that great, great anthem of failure, "Smells Like Teen Spirit", sound like nothing I've ever heard before, with lyric phrases slovenly smeared as the words are dragged together with why-bother weight. No band since The Sex Pistols has made such an impact on so many people. 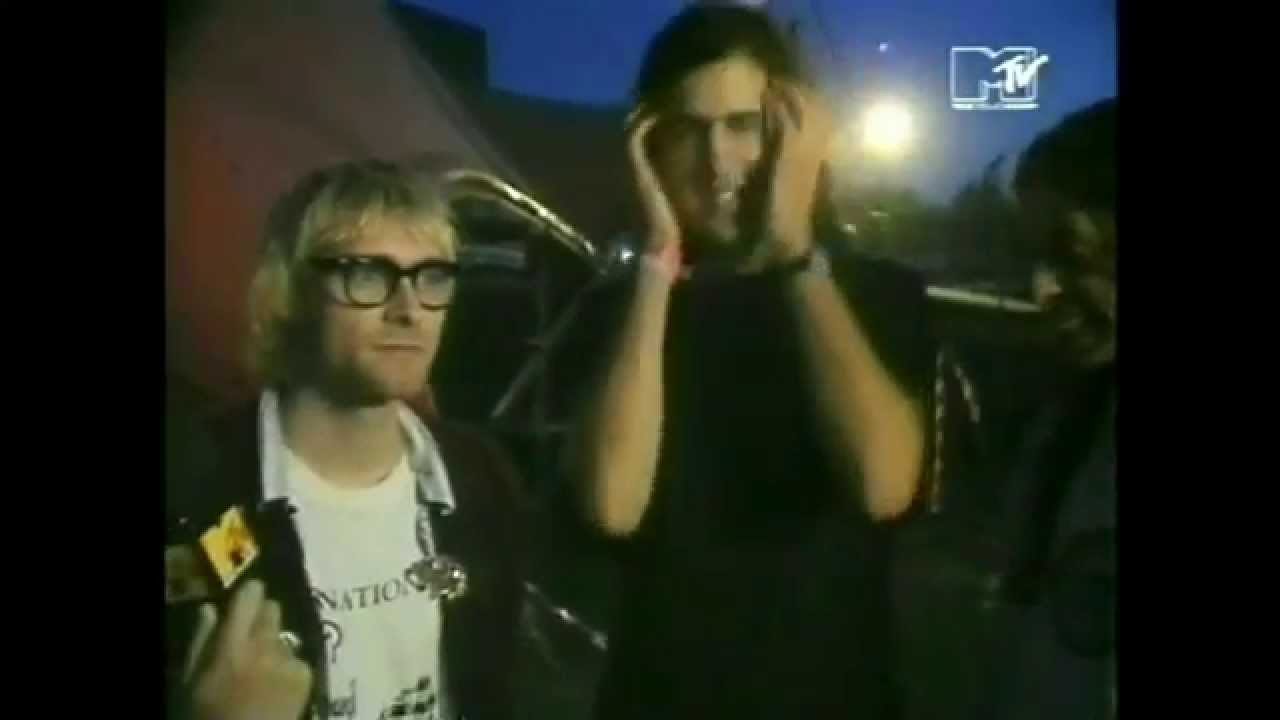 Last edited by GoogaMooga on 12 Apr 2019, 15:21, edited 2 times in total.
"When the desert comes, people will be sad; just as Cannery Row was sad when all the pilchards were caught and canned and eaten." - John Steinbeck
Top

answer me this: why did he have to steal the band's name from 60's band Nirvana.

who were much better, by the way.
Beneluxfunkmeisterlurvegod

Walk In My Shadow wrote:answer me this: why did he have to steal the band's name from 60's band Nirvana.

who were much better, by the way.

I honestly don't think he knew about them at the time.
"When the desert comes, people will be sad; just as Cannery Row was sad when all the pilchards were caught and canned and eaten." - John Steinbeck
Top

Quaco wrote:I think he suffered from Crohn's disease, which made his life hellish already -- forget about the drugs and everything. As with Elliott Smith, I didn't feel anything, it seemed very very sad and pathetic. Somehow I don't think I'll ever be able to listen to either one without being thrown back to that time, and it's not something I especially want to do. Not because it makes me sad personally for the loss, but it just doesn't feel nice going back there. Poor guys.

I know he explained his heroin habit with the terrible back pain he had to endure and alleviate, and that was a contributing factor, but I think it was a combination of all the problems that he had to deal with. He left a suicide note in which he stressed his self-loathing.
"When the desert comes, people will be sad; just as Cannery Row was sad when all the pilchards were caught and canned and eaten." - John Steinbeck
Top

He was one of us. I took his death kind of hard.

All I wanted to do at that time was rock out and get loaded. And I wanted my music to be good, to be loved by people who knew what was good. He had the life I wanted myself, so it would appear. It was a stark reminder that, that might not be enough.

Walk In My Shadow wrote:answer me this: why did he have to steal the band's name from 60's band Nirvana.

who were much better, by the way.

I honestly don't think he knew about them at the time.

He should have googled it.
Beneluxfunkmeisterlurvegod