I have upended my entire collection of Bobby Vee CDs

I have upended my entire collection of Bobby Vee CDs

Yes, it's happened. I was storing the great man's music - fatboys, slimboys, even cassettes, goddamnit! - carefully in boxes, but while polishing my bell this afternoon I managed to knock over the whole lot.

Bobby Vee was born in Fargo, North Dakota, to Sydney Ronald Velline (a chef, pianist and fiddle player) and Saima Cecelia Tapanila, in a family of Norwegian and Finnish heritage. His first single, "Suzie Baby," was written by Vee with a nod to Buddy Holly's "Peggy Sue" and recorded for the Soma label, based in Minneapolis, in 1959; it was a hit in Minnesota and drew enough national attention to be purchased by Liberty Records, which signed him later that year. His follow-up single, a cover of Adam Faith's UK number-one "What Do You Want?", charted in the lower reaches of the Billboard pop chart in early 1960. His fourth release, a revival of the Clovers' doo-wop ballad "Devil or Angel" (U.S. number six), brought him into the big time with U.S. buyers. His next single, "Rubber Ball" (1961, U.S. number six, Australia number one), made him an international star. He has cited as influences, producer Snuff Garrett and his personal manager, Arnold Mills.

Vee's recording of "Take Good Care of My Baby" in the summer of 1961 went to number one on Billboard magazine's U.S. pop chart and number three in the UK Singles Chart. Known primarily as a performer of Brill Building pop material, he went on to record a string of international hits in the 1960s, including "More Than I Can Say" (1961, UK number 4), "Run to Him" (1961, US number 2; UK number 6), "The Night Has A Thousand Eyes" (1963, US number 3; UK number 3) and "Come Back When You Grow Up" (1967, US number 3). On the recording of "Come Back When You Grow Up" Bobby Vee and The Strangers are credited. However, that was merely the record label giving a name to the studio musicians working that day. Bobby's original band, The Shadows, backed him on the road, but changed their name to The Strangers upon learning of the UK band The Shadows who backed Cliff Richard. They had not backed him since 1963. He also recorded, in 1961, a version of the song "Lollipop", originally by Ronald & Ruby, which also became a success. Vee had a total of ten hit singles in the UK, ending with "Bobby Tomorrow" (UK number 21) in 1963.

In 1963, American Bandstand signed Vee to headline Dick Clark's Caravan of Stars national U.S. tour which was scheduled to perform its 15th show on the night of November 22, 1963 at the Memorial Auditorium in Dallas, Texas until suddenly the Friday evening event had to be cancelled moments after U.S. President John F. Kennedy was assassinated that afternoon while touring Dallas in an open car caravan.

Bobby Vee was also a pioneer in the music video genre, appearing in several musical films and in the Scopitone series of early film-and-music jukebox recordings.
If love could've saved you, you would've lived forever.
Top

Muskrat
World's Foremost Authority
Posts: 21222
Joined: 17 Jul 2003, 01:05
Location: Next to the park; across the street from the college; and the freeway at my back
Contact:
Contact Muskrat
Website

Got to make room for your rapidly expanding collection of Gary Lewis & the Playboys recordings and ephemera.

Things that a fella can't forget...

Yes I do! I am ravenous in my appetite for fresh music. My flat is full to bursting point, I buy regularly. Thrift, stores, dirty gypsies giveaways, barely-legal sales, things left behind by forgetful wealthy tourists - anything I can get my hands on. But only CDs - I have no time for vinyl, it's a hipster trend. Zilth Pilchards says "music is music" but he is not half the collector that I am.

Did you know 'Queen of World War Two' Vera Lynn is 102 today? Time to celebrate! I will break out one of my five comps.
If love could've saved you, you would've lived forever.
Top 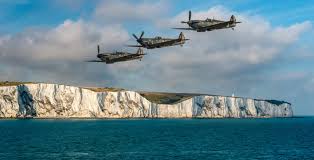 Just when we thought that the sad-fucque and his henchmen had disappeared they all flood-back...