Quit crying about what's not included and vote for what is!
"The reason I say Trump won is that he came across as more confident, quicker-witted."
-John Coan on the Presidential debate
Top

The Who - Live At Leeds had a punchy sound that really made the recording stand out as did Bless Its Pointed Little Head.

kath wrote: *which is the real reason he can fucque off and rot for the rest of time.

Jimbo wrote: So Kath, put on your puka love beads ... Then go fuque yourself.

Matt Wilson wrote:Quit crying about what's not included and vote for what is!


It is really hard to choose just 10. I made 10 picks at first glance and decided to click Submit, and regretted immediately.
Nobody's ferpect.
Top

Just one pick it would have been much easier. Allmans at Fillmore East stands some miles above the rest.
Nobody's ferpect.
Top

Jimbo wrote:The Who - Live At Leeds had a punchy sound that really made the recording stand out as did Bless Its Pointed Little Head.

That's a good one, yeah. I voted for that.

Dylan at the Manchester Hall is hard to beat for me, tho the Van the Man comes close.
Top

No Performance Rockin at the Fillmore?

You are joking.
You don't like me...do you?
Top

Fillmore East
Regal
Leeds
Live Rust - Rust is not a live album to me, even though it is - mostly - in a technical sense
Live at the Apollo
Live at Newport
San Quentin - Better than Folsom - Folsom had the hits, but I love the edginess of SQ, which Cash seems to go out of his way to NOT defuse.
Manchester Hall - Love the whole Dylan Bootleg Series unconditionally, but if you had to pick one...)
1969 Live Better heard on the Quine Tapes or complete Matrix, but since it was all we had for a while...

Live Dead - Though I considered it. Anthem of the Sun is mostly live, isn't it? I'd take that first, particularly 'cause I like Constanten's editing.
Ya Yas Closest the Stones have to a good live album. They're just not a great live band, never were.
Beach Party Must sheepishly admit I don't know it.

Will rectify shortly, as I'm sure it's great.
Jerry Lee at the Star Club I own it and admit that it's great, but I never play it. Must be a reason...
Song Remains The BBC and West comps show they were a great live band - this really doesn't. All the excesses without any of the swagger. It being that much of a failure is actually a rare accomplishment. Never owned it, never wanted to.
Airplane OR Quicksilver Some great moments, undeniably, but also points out why LA bands are so much better than SF ones, by-and-large - they knew when to stop jamming.
Any of the Jimi ones - I wish he had one definitive live album, but I don't think he cared that much. Any of us could put together a live comp from released tracks (let alone ones that've been bootlegged extensively) that would kick butt on any of these
Cream - 'Cause they sucked live. Probably pretty exciting if you were there, but they didn't bother much with song structure once they stretched 'em out.
CSNY - The Neil stuff (and some of the rest of it) is great, but too inconsistent. 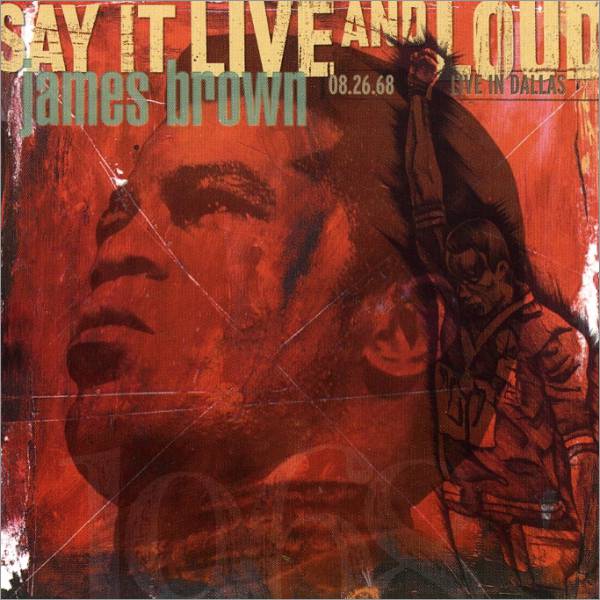 (not a contemporaneous release, I guess, so maybe that's why Matt Wilson left such an obviously killer record off the poll)
Let U be the set of all united sets, K be the set of the kids and D be the set of things divided.
Then it follows that ∀ k ∈ K: K ∈ U ⇒ k ∉ D
Top

Matt Wilson wrote:Quit crying about what's not included and vote for what is!

No Aretha Live at Fillmore West either. Great album.
Don't fake the funk on a nasty dunk!
Top

I know, I know, but this is a major omission: 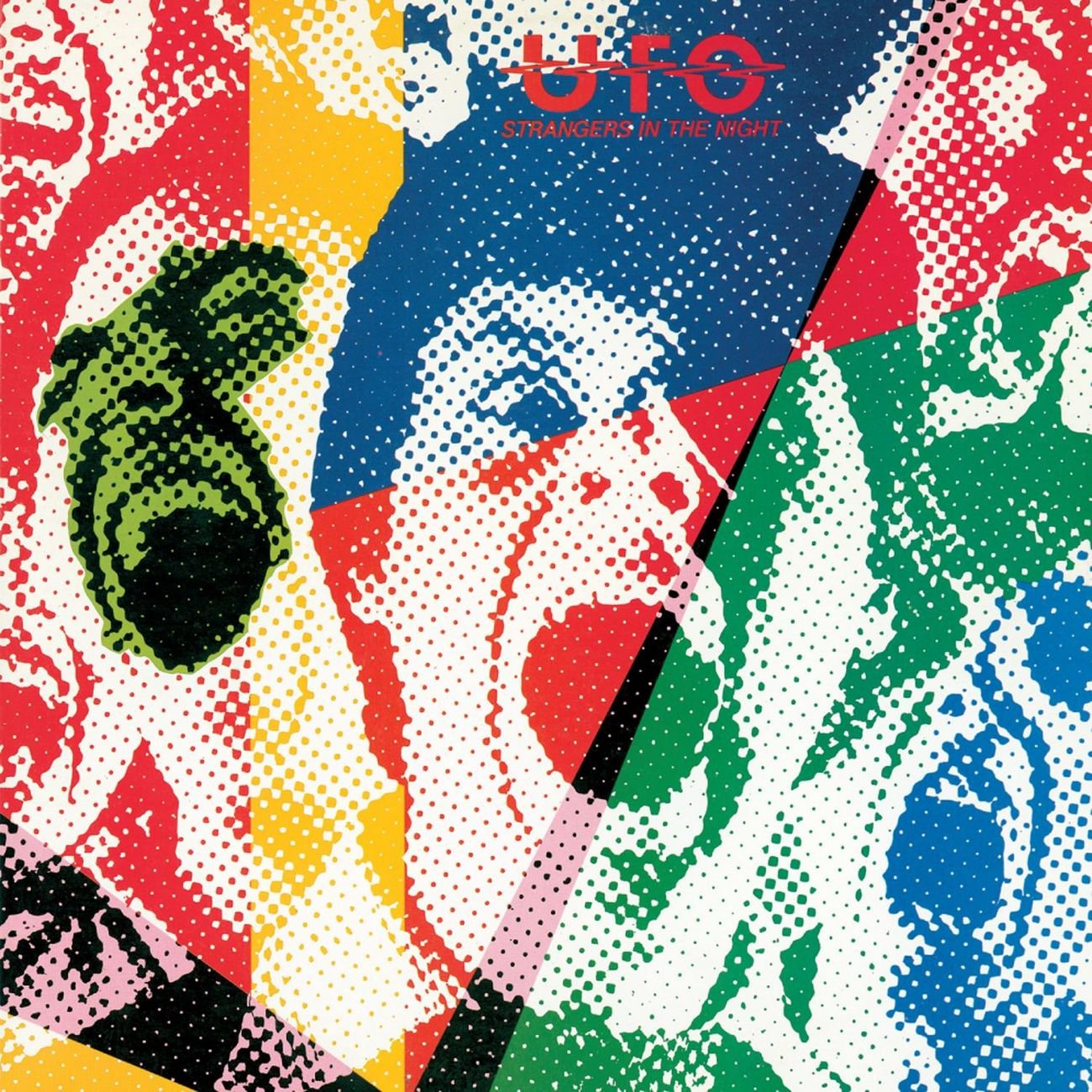 I love live albums, so it was hard to settle on only ten choices here. For the double albums poll, it was difficult for me to even think of ten I liked enough to vote for.
Where would rock 'n' roll be without feedback?
Top

That was not easy.
I've always wanted to be on a live album, part of the roar. Silly, but there you go.
megeoff.blogspot.ca
Top

Geoff wrote:I've always wanted to be on a live album, part of the roar. Silly, but there you go.

Muskrat
World's Foremost Authority
Posts: 21267
Joined: 17 Jul 2003, 01:05
Location: Next to the park; across the street from the college; and the freeway at my back
Contact:
Contact Muskrat
Website

Some tough choices and I had to leave a couple out, but these all (to me) accomplish what a live album is supposed to, and are enjoyable to listen to.
Things that a fella can't forget...

Geoff wrote:I've always wanted to be on a live album, part of the roar. Silly, but there you go.

I'm on the Seger one.

I've been "on" about five (well at the gigs where some or all of them were recorded, but sadly none on the list)

For me, has to be Too Late To Stop Now.

Why is Rust-era Neil Young on the list twice for both Live Rust (LR) and Rust Never Sleeps (RNS). Please feel free to correct me if I am wrong, but was always my understanding that the live songs from RNS on LR are the same recordings. Anyone know for sure? Either way, seems a bit odd in that RNS could easily have given way to Time Fades Away

I t should be borne in mind that many of the cited albums are compilations from various performances:Whilst in no way detracting from the enjoyment afforded,it is a different kettle of fish from a true "live" album,which are few and far between.Not many of those cited are recordings from a single event,fewer are as recorded,minus overdubs.
You wanna be a big cop in a small town? Fuck off up the model village.
Top

fueryhk(redux) wrote: Please feel free to correct me if I am wrong, but was always my understanding that the live songs from RNS on LR are the same recordings. Anyone know for sure?

If I recall correctly both My. My, Hey, Hey, and Hey, Hey My, My are different recordings between RNS and LR. That said, I agree with you that the inclusion of Rust Never Sleeps is a bit odd, considering that there are two tracks recorded in the studio. And yes, Time Fades Away would have been a more appropriate choice.

But then, RNS is the only place where you can find Thrasher, a fact that can justify almost anything.
Nobody's ferpect.
Top
Post Reply
75 posts