I do like the picture the Pixies chose to post on twitter....mostly because Frank Black looks like he's been wandering round trying to find that plumbing he should be fixing. 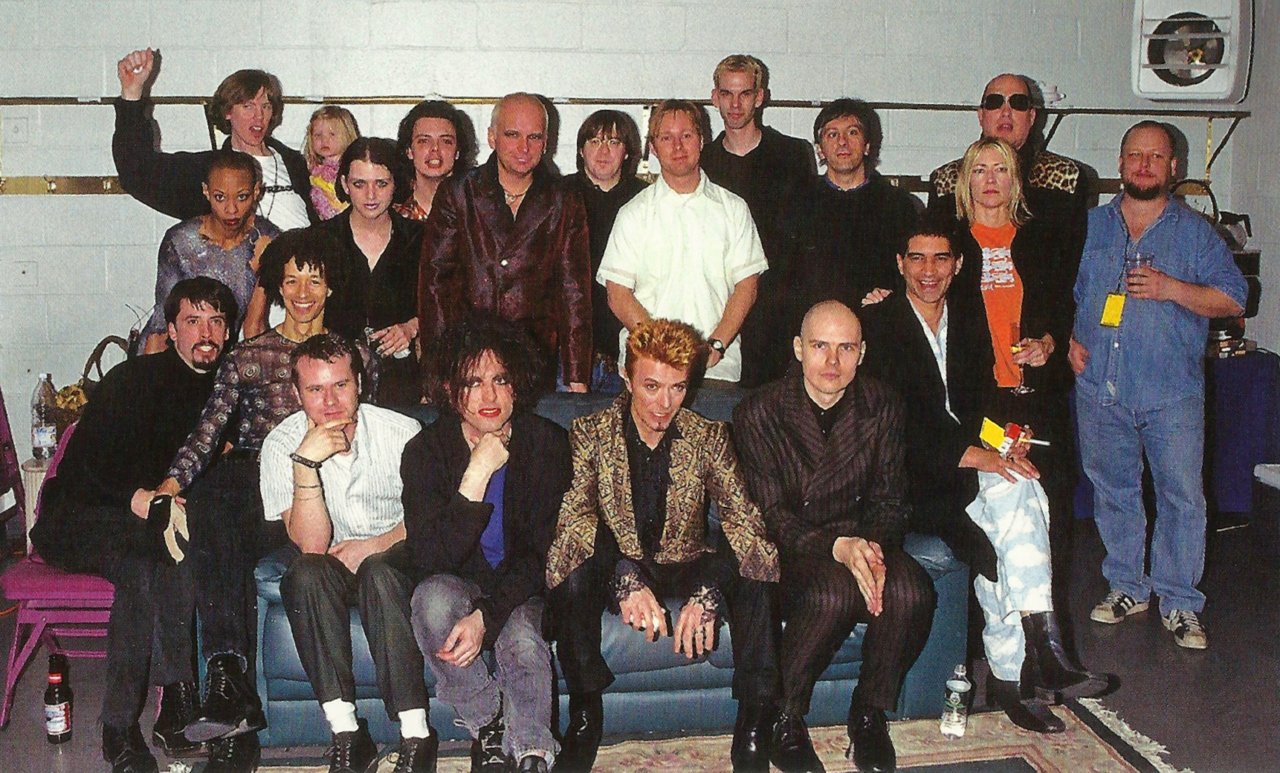 Sir Paul McCartney posted a tribute on his website: "Very sad news to wake up to on this raining morning. David was a great star and I treasure the moments we had together. His music played a very strong part in British musical history and I’m proud to think of the huge influence he has had on people all around the world.

"I send my deepest sympathies to his family and will always remember the great laughs we had through the years. His star will shine in the sky forever."
Top

K wrote:Why is no-one at my work upset about this like I am?

I pulled a sickie.

I couldn't face the office on a day like this. I'm glad I did.

Iggy commented that Bowie's friendship was the light of his life which I thought was very beautiful.
I've been talking about writing a book - 25 years of TEFL - for a few years now. I've got it in me.

I can't even compute Bowie being about 85. It's a shock in some respects but not in others - once people get beyond 65 or so, things like this happen. He went out in style in terms of his artistry (even if I've not heard Blackstar yet) and how he was perceived as an artist, so bravo to him.
Top

Woke up to this news this morning, my wife sat me down with a cup of coffee and told me, first reaction was disbelief, then just gratitude for all the great music, Ziggy, Aladdin, Diamond Dogs, David Live and Hunky Dory where the soundtrack to my teenage years and his music has been a constant ever since. Thank you for everything David.
Top

I posted this on FB after the place lit up about the new album release :

You know...it is absolutely effing AMAZING just how much David Bowie's birthday brings such public celebration from such a diverse spectrum..... the man is 69 years old today.... when those of us were buying his stuff 40+ years ago....did we ever believe he and his music would still be so revered...talked about...enjoyed...and debated over, this late on in the day? I'm sure we didn't.

And for those who have joined in along the way.... can you believe how absolutely global the guy still is, after all these years?
It is a very, very special day, is today

I just put this up on the same thread, only thee days later :

I put this up here last Friday....three days ago. I was absolutely in awe that a man could unite such a wildly divergent cross section of the planet - it was a truly wondrous and spectacular day, in so many ways. Now we all know that, in fact, it was a goodbye. It is a very, very sad day, is today. RIP David.

Everyone reacts differently...I think it's the greatest, most dignified farewell I know of. I really do. The courage and the will of the man... to record the album and then get to release day (his birthday) despite the terrible suffering he must have been going through.... that's truly humbling. He must have been so very proud of the critical reaction to "Black Star"... wow, what a way to go. It's a shocking jolt to the system but, deep down, I'm so fucking proud of him and pleased for him to go this way.

Says it all for me really.

There are very few artists I can say I loved - he truly is one of that very select group.

RIP David - and thank you for just being you.
People go on too much about the privileged background of politicians but actually Matt Hancock had a very humble upbringing in an Italian workshop owned by a woodworker named Geppetto who turned him into a human boy.
Top

Brian Eno. This nearly got me going:


David’s death came as a complete surprise, as did nearly everything else about him. I feel a huge gap now. We knew each other for over 40 years, in a friendship that was always tinged by echoes of Pete and Dud. Over the last few years - with him living in New York and me in London - our connection was by email. We signed off with invented names: some of his were Mr Showbiz, Milton Keynes, Rhoda Borrocks and the Duke of Ear.
About a year ago we started talking about Outside - the last album we worked on together. We both liked that album a lot and felt that it had fallen through the cracks. We talked about revisiting it, taking it somewhere new. I was looking forward to that. I received an email from him seven days ago.
It was as funny as always, and as surreal, looping through word games and allusions and all the usual stuff we did. It ended with this sentence: thank you for our good times, brian. they will never rot and it was signed dawn I realise now he was saying goodbye.”

Mark Radcliffe tribute on 6 Music today.
It takes a big man to cry, but it takes a bigger man to laugh at that man. 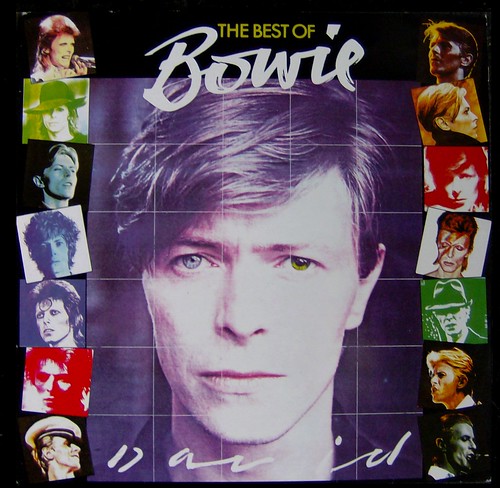 David Bowie stopped me from being a rotten teenager. He gave me identity. He changed my life.
But somehow when you smile, I can brave bad weather.
Top

Well, if any rock star could do it....
If love could've saved you, you would've lived forever.
Top

Apparently, Rebekka's class asked her today why she was so sad and she told them it was because David Bowie had died.
Being the next class up from entry level, they didn't fully understand, so she explained it as "imagine if all of One Direction died together"
Then they got it, but then she said "Bowie was much, much better than them"
Top

GLEDE wrote:I can't help thinking of the photos that emerged last month of him smiling and looking well at the premiere of the 'Lazarus' play...

This is the one I dreaded the most. Undeniably, he was a GOD.

Becuz I was already sad, I am inconsolable right now. The tissues are piling up on the floor again, as they have been for many months.

I haven't heard Blackstar yet. Until a few minutes ago, all I had listened to was the title tune. Now I'm listening to "Lazarus"* on a loop. Who will ever forget this day.


*the video is very disturbing

GLEDE wrote:I can't help thinking of the photos that emerged last month of him smiling and looking well at the premiere of the 'Lazarus' play...

No, he doesn't. The photo was reportedly taken last month.
If love could've saved you, you would've lived forever.
Top

Been in a state of shock all day.

When I was younger I studied Bowie the way academics study Shakespeare, every detail was important even down to the way he held his cigarette. It seemed to me in those big and strange records you could find a manifesto for life. It still seems that way to me now.
The world seems less interesting, more grey and diminished, less full of possibility today than it did yesterday. I'm desperately sad about this.
https://www.etsy.com/uk/shop/ModaRetro
Top

I can't say that I am his biggest fan, or that his music is the most important of my life, but this is a hugely sad day.
Richard Coles this morning laid claim to him being the most influential Briton of the last 50 years,and Im inclined to agree with him.
His music is a constant revelation to me, and I have grown into it as I get older. Im really pleased that I played and liked Darkstar yesterday.
What I have taken from todays tributes is that while he was the Cracked Actor, a man of many phases, personas and faces, as David Bowie, he is universally and warmly remembered as a decent and friendly man.A colossus.We simply will not see his like again.
Bless the weather.......